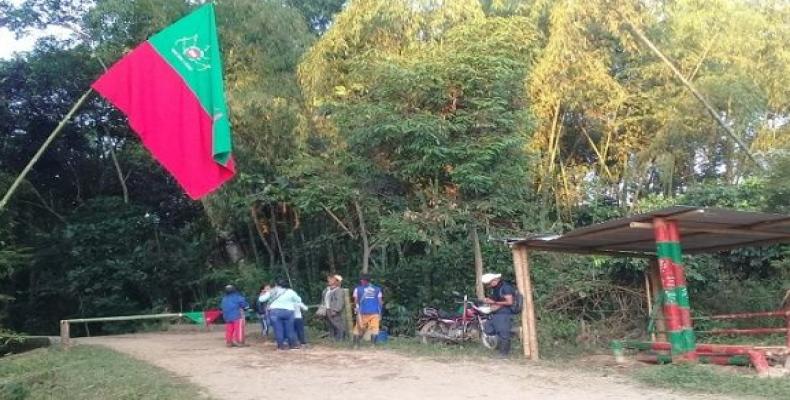 Bogota, April 1 (RHC)-- Harassment and violence against social leaders in Colombia has continued, despite the ongoing quarantine that has been imposed due to the COVID-19 outbreak.  According to reports, social and trade union leaders comply with isolation in their homes as part of the restrictive measures for the spread of the virus.  Because of this, they are easy targets for violent acts.

The Inter-American Commission on Human Rights said on Twitter this week that the aggression against John Restrepo, leader of the LGBTQI community in Medellín, was a horrific crime.  Restrepo was complying with the quarantine measures when he was attacked in his home.

In addition, several social organizations reported the murders of Angel Ovidio Quintero, president of the council of the municipality of San Francisco last week, and those of indigenous leaders Omar Guasiruma and Ernesto Guasiruma, of the Embera people in the Valle del Cauca (southwest), committed the previous week.

Social leader Carlota Isabel Salinas’ assassination was reported on March 26th in the Department of Bolivar.  At the time of her murder, Salinas was asking for help for those most in need in the face of the threat of the coronavirus.  For 10 years, she belonged to the Colombia Feminist Organization.

Last Sunday, the corpse of Luis Soto, agriculture leader, was found.  The former council member was shot to death in Puerto Libertador municipality, in the Department of Cordoba.

According to The Inter-American Commission on Human Rights, 24 social leaders have been murdered in 2020, at least eight during the quarantine.  Social and human rights organizations have called on Colombian President Ivan Duque to give adequate protection to social leaders.