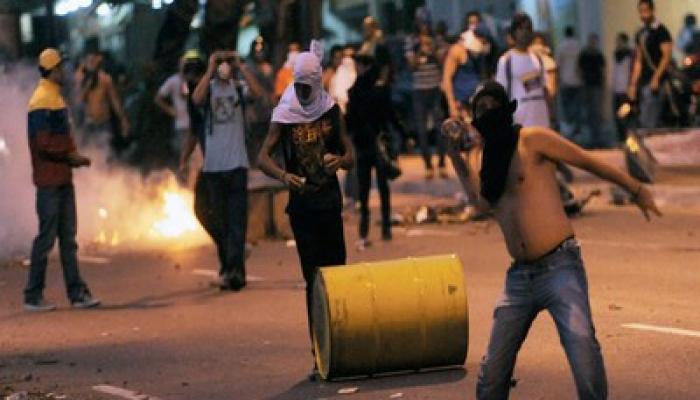 Tehran, May 12 (RHC) – A political commenter says the United States is providing arms to the “terrorist organizations” that attempt to fuel the political unrest gripping Venezuela.

In an interview with Iranian news channel Press TV on Sunday, Gloria Estela La Riva, a Latin American political expert, criticized the U.S. for threatening to impose sanctions on Venezuela under the pretext of human rights violations in the country and said Washington “believes that it is the arbiter or the policeman of the world.”

The analyst added: “While the U.S. demands democracy and so on in Venezuela, the United States is arming these terrorist organizations which have set fire to public buildings, kill dozens of people, build huge barricades in the streets, and use fascist gangs that are proven to be financed from abroad, specifically the United States government.”

She further downplayed Washington’s sanctions threat and said the U.S. cannot impose a “blockade” on the Latin American country as it is dependent on Venezuela’s rich oil resources.