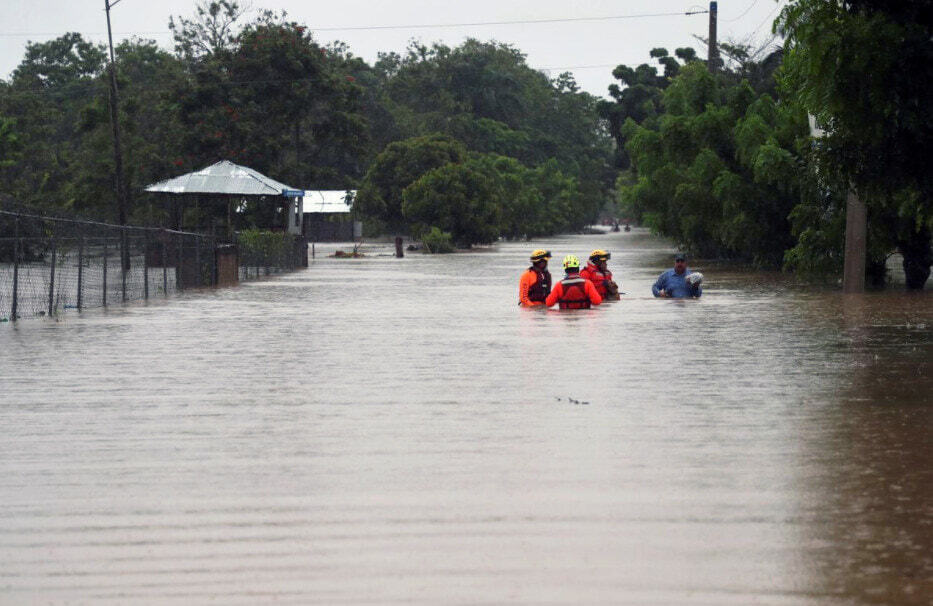 Houston, August 23 (RHC)-- Hurricane Marco and Tropical Storm Laura tore through the Caribbean and Gulf of Mexico on Sunday, forcing thousands of coastal residents in Louisiana and Cuba to evacuate and flooding roads in Haiti’s capital, with damage across the region expected to worsen this week.

Reuters news agency reports that Marco, which strengthened into a hurricane on Sunday with sustained winds of 120 kph, is forecast to make landfall along the Louisiana coast on Monday.

Laura, which hit the Dominican Republic and Haiti earlier on Sunday before striking Eastern Cuba on Sunday evening, is forecast to strengthen into a hurricane on Wednesday before making landfall in Texas or Louisiana on Thursday.

Laura could strengthen into a Category 2 or 3 hurricane on the 5-step Saffir-Simpson scale for measuring hurricane intensity and move west, closer to Houston, the fourth-largest American city, said Chris Kerr, a meteorologist at DTN, an energy, agriculture and weather data provider.

In the Dominican Republic, at least three people died, including a mother and her 7-year-old son, due to collapsing walls. Laura left more than a million in the country without electricity, forced more than a thousand to evacuate and caused several homes along the Isabela River to collapse, authorities said.

In Port-au-Prince, videos on social media showed people wading waist-deep in muddy water in some of the worst flooding the Haitian capital has seen in years.

Haitian authorities reported five deaths so far, including at least two people swept away in flooding and a ten-year old girl crushed when a tree fell on her home.

In Cuba, many residents in the eastern city of Baracoa were evacuating homes on Sunday and heading to shelters or safer buildings on higher ground.