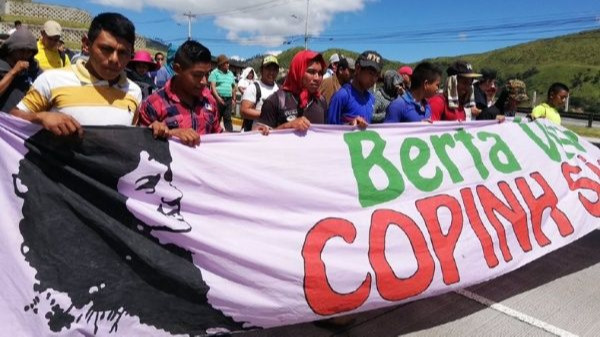 The murder of Berta Cáceres five years ago is an unresolved issue, especially the role played by the Honduran state and its alliances with hydroelectric companies. | Photo: Twitter: COPINH

Berta Cáceres, who was co-founder of the Civic Council of Popular and Indigenous Organizations of Honduras (Copinh), was murdered on March 2, 2016, in La Esperanza, Intibucá, for leading a campaign to prevent the construction of a hydroelectric dam with international funding on a river sacred to the Lenca people, her community of origin.

According to Copinh, which before and after the murder of Berta Cáceres has denounced threats by hydroelectric and paramilitary forces; David Castillo's lawyers have repeatedly taken dilatory measures, which have caused delays in the judicial process to date.

Human rights organizations from around the world have repeatedly called on the Honduran authorities to guarantee the rights of access to justice, truth and reparation for the family of Berta Cáceres and the members of Copinh.