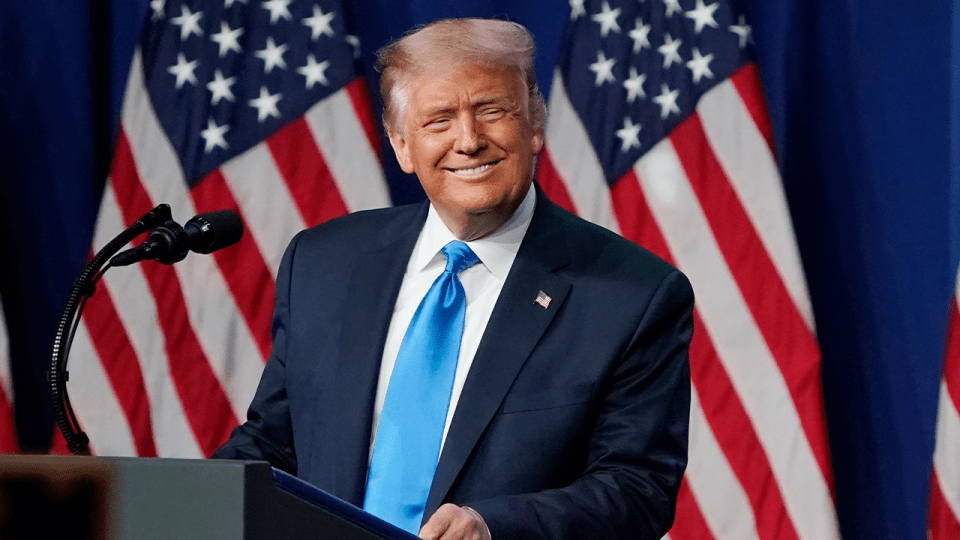 Palm Beach, April 13 (RHC)-- Former U.S. president Donald Trump has vowed to help Republicans reclaim the Senate in the 2022 midterm elections and win the White House race in 2024.  Speaking to Republican National Committee donors in Palm Beach, Florida over the weekend, he pledged his commitment to the Republican Party, however, remained tight-lipped on whether he will seek a second term.

"We are gathered tonight to talk about the future of the Republican Party - and what we must do to set our candidates on a course to victory. I stand before you this evening filled with confidence that in 2022, we are going to take back the House [of Representatives] and we are going to reclaim the Senate. And then in 2024, a Republican candidate is going to win the White House", Trump said.

Despite expressing his support for the Republican Party, the former president lashed out at two top party figures, Senate minority leader Mitch McConnell and former vice president Mike Pence.  "I like him [Pence] so much. I was disappointed," the ex-POTUS said,

Trump had scolded Pence for not intervening to stop the congressional certification of the vote tally following the 3 November election.  The former vice president did not have the authority to do that.  Trump also insulted McConnell at Saturday’s party after he parted from the prepared text of his speech.

McConnell drew Trump's anger in the aftermath of the November election for stating that Joe Biden had won the presidency and blaming Trump for the January Capitol attack.  The former U.S. president has repeatedly denied responsibility for the January 6th violence, which saw his supporters besiege the Capitol to prevent the certification of Biden's victory in the November election

Trump lost the 2020 election by millions of votes, however, made inroads among traditional Democratic voters such as Hispanics and African Americans, according to local media.  He said the key to victories in 2022 is to build on those gains, saying "the Republican Party will succeed and grow in the future by embracing its destiny as the champion of working-class Americans."