Lula confirms he will run for president next year 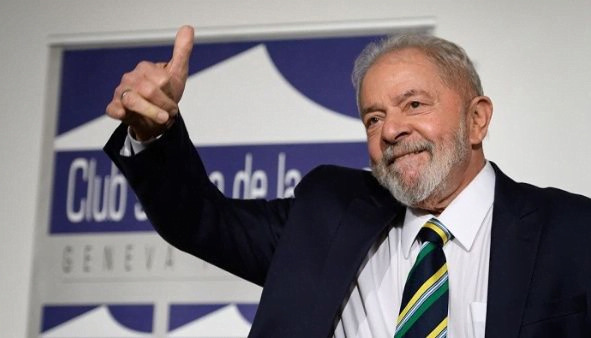 Brasilia, May 20 (RHC)-- The 2022 presidential elections in Brazil are taking on new importance, after former president Luis Inácio Lula da Silva announced on Thursday, for the first time, that he would aspire to be a candidate in the elections. The vote will take place in 18 months and will face off with the current president, Jair Bolsonaro.

The position of the founder of the Workers' Party (PT) was revealed in an interview published by Paris Match magazine, in which he said that if he is "in the best position to win" and has "good health," he will not hesitate to be a candidate against Bolsonaro, who is taken for granted to run in October 2022.

Lula, who was already head of state between 2003 and 2011, considers that he was a "good president" and that under his mandate, "Brazil became an important player on the world stage," by weaving "solid ties" with Europe, South America, the United States, China, Russia and Africa.

The former president's statements come after the Brazilian Supreme Federal Court (STF) in mid-April upheld the ruling that overturned the convictions against him for corruption and money laundering.  With this decision, he could aspire to the presidency in next year's elections, after recovering his political rights.

In this regard, he said he was "willing to fight to his last breath to prove that they joined forces to prevent me from going to the elections" in 2018.

The decision of the STF, which was taken by eight votes in favor and three against, realized that the investigation against the former president should not have been carried out in the city of Curitiba, in the court led by Sergio Moro, former minister of the current Brazilian president, Jair Bolsonaro.

Although it had been assumed since then that he would run in next year's elections, Lula had not yet confirmed it publicly.  Several weeks ago, Lula Da Silva started a series of meetings with politicians and diplomats in order to negotiate the extension of emergency aid for the poorest sectors of the country and the arrival of more vaccines against COVID-19, in a preview, also, of possible alliances in view of the elections.

In view of next year's elections, whose first round is to be held in October, a survey published last week by the Datafolha Institute showed that the PT leader would win the elections at that time with 41 percent of the votes and in the second round with 55 percent, against 32 percent of Bolsonaro's support.