Documentary The Battle of Chile broadcast for first time after censorship 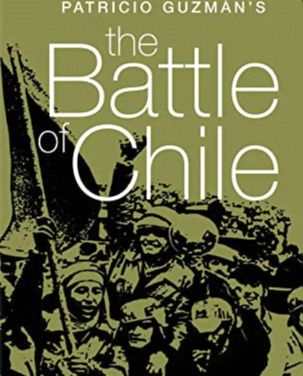 ​The documentary records how the Chilean oligarchy conspired with the U.S. to overthrow the government of Salvador Allende. | Photo: La Red​​​

Santiago de Chile, September 11 (RHC)-- The documentary "The Battle of Chile" by director Patricio Guzmán, which was censored by the Pinochet dictatorship and by several administrations following the coup government, will be broadcast this weekend for the first time on open television in the South American country.

The award-winning documentary, completed in 1975, will be presented on the private channel La Red on different days and in an unprecedented way for the whole nation.

The work was censored by the Pinochet dictatorship, as well as by the governments of Ricardo Lagos and Michelle Bachelet, among other administrations of the Concertación and the right-wing after the pact of transition to democracy.

Political observers say that this coincidence of exclusion and censorship criteria was based on the fact that Patricio Guzmán's work records different instances of how the bourgeoisie, the Chilean oligarchy conspires together with the United States (US), to destabilize and overthrow the legitimate government of Salvador Allende through a coup d'état on September 11, 1973.

The documentary is a trilogy that will be broadcast in three days on the occasion of this emblematic date for Chilean and Latin American history, and was considered a historical debt owed by open television to the people of Chile.

On Friday, part one was broadcast: "The insurrection of the bourgeoisie."   This Saturday it will be the turn of "The Coup d'Etat" and on Sunday the third part -- "The People's Power" -- to close the trilogy.

Guzman has declared that the documentary "shows for the first time a peaceful revolution in Latin America filmed by an independent crew step by step.  We began filming in Santiago on October 15, 1972 and finished on September 11, 1973.  It is a documentary film made at the same time as the events took place."

For the U.S. magazine Cineaste, Patricio Guzmán's work is "one of the ten best political films in the world."