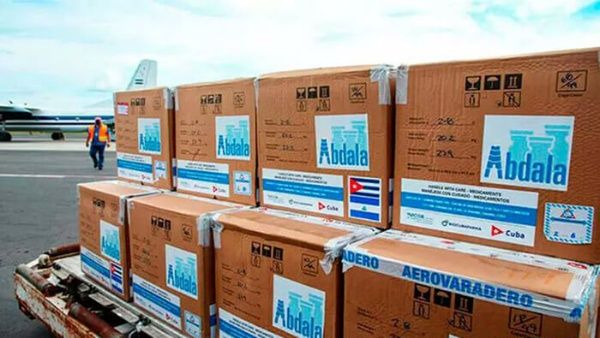 The batch of Abdalá and Soberana 02 vaccines is the first shipment of the three planned before the end of the year. | Photo: @lavozsandinista

Managua, October 21 (RHC)-- Nicaragua received on Wednesday a donation of 1.2 million doses of the vaccines against coronavirus developed by Cuba and whose emergency use was approved by the authorities of the Central American country.

The batch of Abdalá and Soberana 02 vaccines is the first shipment of the three planned before the end of the year, to total the seven million doses agreed between the two countries, said the Cuban ambassador in Nicaragua, Juan Carlos Hernández.

For her part, Nicaraguan Minister of Health Martha Reyes pointed out that the vaccines will be used for immunization against the coronavirus in children between two and 17 years of age.

In this sense, Vice President Rosario Murillo reminded that the vaccination "is voluntary" for all parents who want to take their children to the health centers where the drug will be applied beginning Monday, October 25.  Murillo described the arrival of the Abdala and Soberana 02 vaccines on Nicaraguan soil as a hymn to friendship between the two peoples.

Since March, Nicaragua has been vaccinating people over 30 years of age, the chronically ill and pregnant women against the coronavirus with AstraZeneca, Covishield, Sputnik V and Pfizer vaccines.