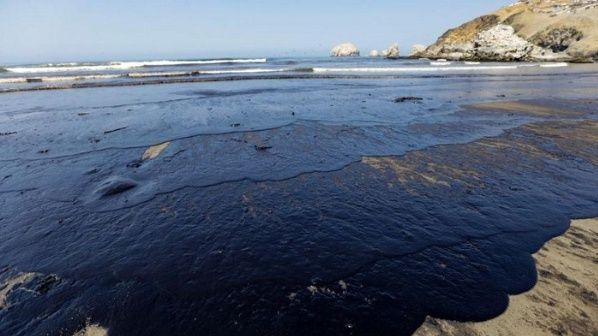 The main task of the nine experts will be to propose measures to mitigate the serious environmental damages caused by the spill. | Photo: El Comercio

Lima, January 24 (RHC)-- A group of experts from the United Nations arrived on Monday to Peru to help address and mitigate the damage caused by the oil spill that occurred on January 15 in the area of Ventanilla, located in Lima.

"The team of specialists from the United Nations will evaluate and propose immediate actions to mitigate the environmental impact caused by the spill," said the Peruvian Ministry of Foreign Affairs.

The arrival of the group of UN specialists took place thanks to the coordination of the Permanent Diplomatic Mission of Peru in Geneva, Switzerland and the coordination carried out through the Foreign Ministry of the Andean country.

The mission was convened by the UN Joint Environment Unit and the UN Disaster Assessment and Coordination Team (Undac) and held a meeting with nine professional experts in pollution and oil spill response, marine chemistry, contingency planning and other related work.   The team members from countries such as Spain, France, Ecuador, Panama and Norway are expected to remain in Lima for approximately two weeks.

The Peruvian Prime Minister, Mirtha Vásquez, stated that the State is reviewing the contract it has with the transnational company Repsol, after the spill of approximately 6,000 barrels of oil in the sea of Ventanilla.

Vásquez informed that they are reviewing the terms, clauses and legal bases on which the contract with the company is based in order to know what resources can be used to favor the process of recovery and mitigation of environmental damages in the disaster area.

In its preliminary report, the Spanish company Repsol acknowledged that it was not able to calculate the real magnitude of the accident, at the same time, it underlined that they are assuming the consequences.  Likewise, the Peruvian government accused the European company for not having reacted diligently to the spill and demands a response in accordance with the magnitude of the disaster caused.

On January 15, the spill of about 6,000 barrels of crude oil at the La Pampilla refinery has already affected about one million square meters of sea and has caused significant damage to the region's ecosystems.