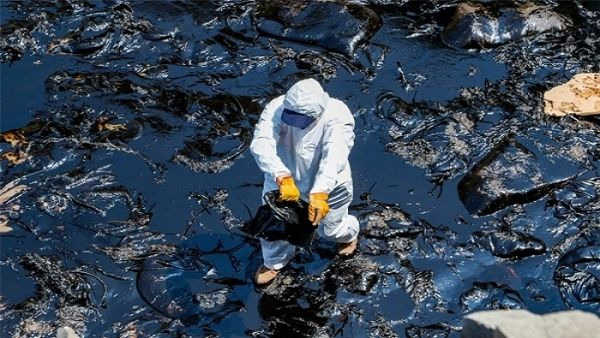 The president of the OEFA explained that the first deadline expired on January 25. | Photo: Expreso

Lima, January 28 (RHC)-- Peruvian Environment Minister Rubén Ramírez reported Thursday that the Environmental Evaluation and Oversight Agency (OEFA) is giving several deadlines to the Spanish company Repsol to clean up and clean up the area affected by the oil spill or fines will be applied.

The terms will be of two, five, eight and ten days; and they will have to carry out actions to clean aquifers, earth's crust, as well as to identify critical points, among others, said the official.
Ramírez warned that the deadlines are expiring and that they are not being flexible with the measures to be applied which may entail greater sanctions, and even the paralyzation of the company.

For her part, the president of the OEFA, Miriam Alegría, asserted that the first deadline, in which Repsol had to identify the affected areas, expired on Tuesday, January 25th.  In addition, she reaffirmed that if the deadlines continue to expire, the measures will be tightened, and in the event of non-compliance with a preventive measure, a fine will be applied.

Alegría noted that on Wednesday, the second term expired, which had the purpose of conservation, custody and rescue of flora and fauna.  She added that on Friday they will check if Repsol did not comply and, in that case, they will apply the coercive measure.

Meanwhile, workers of the Ministry of Environment and volunteers continue with the sanitation work of the approximately 1,739,000 square meters affected, and the 20 beaches affected by the disaster.

On Wednesday, it was confirmed that a second spill occurred on Tuesday, the 25th, but the amount of crude oil spilled has not yet been confirmed.

The state-owned company Petroperu informed that it is collaborating with the work to contain the oil spill at the La Pampilla refinery, last January 15, in which about 6,000 barrels of crude oil were spilled into the sea.