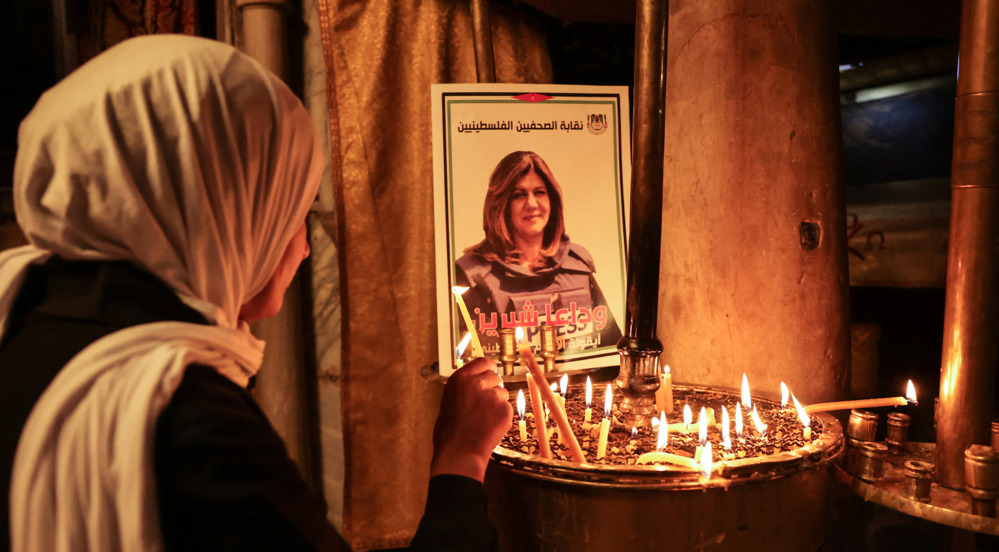 Ramallah, May 12 (RHC)-- World leaders have condemned and called for an independent and transparent investigation into the killing of U.S.-Palestinian journalist Shireen Abu Akleh, who was shot dead by Israeli forces while reporting for the outlet Al Jazeera in Jenin in the occupied West Bank.

“Abu Akleh’s death is horrifying.  She interviewed me in the West Bank on November 2021, and I left feeling extraordinary respect for her there,” said the U.S. ambassador to the United Nations, Linda Thomas-Greenfield.

Besides calling for a thorough probe, U.S. State Department Spokesperson Ned Price said that he was upset by the murder, which he said was an affront to media freedom everywhere.

The Palestinian presidency condemned the killing of Abu Akleh as a "heinous crime," saying the murder was part of the Israeli occupation’s policy of targeting journalists to hide the truth and that its public prosecutors will take the case to the International Criminal Court.

Iran’s Foreign Affairs Ministry spokesperson Saeed Khatibzadeh coincided that this crime shows what lengths Israel is willing to go to prevent media from reporting the oppression of Palestinians.

“We call on i/nternational organizations and global media representatives to investigate the issue and make sure the Zionist regime is held responsible for this crime,” he said, adding that Israel’s offer to investigate lacks credibility.

China’s Foreign Affairs Ministry spokesperson Zhao Lijian said that his office heavily opposes violence against journalists.  “We hope that such crimes are dealt with according to law and justice,” Zhao stressed.