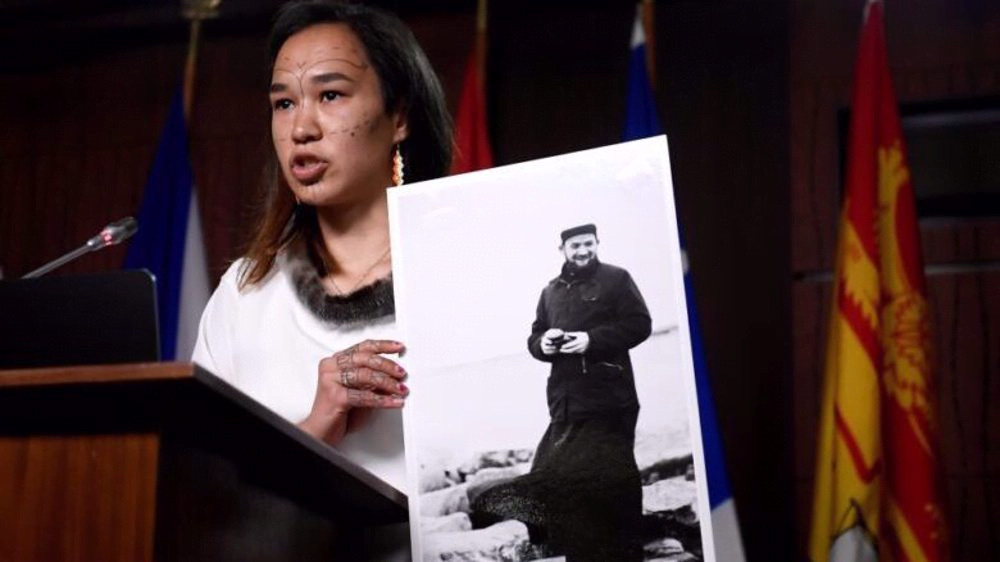 Delegation of representatives of Canada’s indigenous peoples to the Vatican holding a picture of French priest Johannes Rivoire. (EPA Photo)

Ottawa, August 6 (RHC)-- Canada has requested the French government for the extradition of a French priest, Johannes Riviore, accused of sexually abusing Indigenous children more than 30 years ago, the Canadian minister of justice David Lametti said in Ottawa.

It comes days after Pope Francis, during his "Pilgrimage of Penance" to Canada, apologized for the Catholic Church's role in abuse to the Indigenous people.

“I humbly beg forgiveness for the evil committed by so many Christians against the Indigenous peoples,” Francis said to a large crowd of Indigenous people in Alberta, near the site of a former residential school.

These schools, funded by the Canadian government and administered by the Catholic Church, sought to annihilate the culture and language of Indigenous people through physical or sexual abuse.

Lametti said it was important for Canada and its international partners that "serious crimes are fully investigated and prosecuted," as quoted by AFP.  The French foreign ministry confirmed it had received the request, and announced it was being processed by justice officials.

Rivoire, 92, who spent three decades in Canada's far north, is facing an arrest warrant in Canada since February 2022, after a fresh complaint was lodged in September for a sexual assault that took place around 47 years ago.

He had also been the subject of an arrest warrant between 1998 and 2017 for sexual abuse of three minor students, according to reports, but the follow-up never took place.  It was in 1993 that he left Canada for France, the same year people started speaking up about the abuses the priest had inflicted on them.

A report in AFP cited a source close to the case as saying that Rivoire, who has dual nationality, represents "a problem" as it is "very complicated" to extradite French people.  But Inuit leaders continue to demand that Rivoire, who worked as a parish priest in Nunavut for about 30 years starting in the 1960s, be brought to justice.

"The pope is the leader of the Catholic church and... he must be able to require Rivoire to face his charges," Kilikvak Kabloona, the chief executive of an organization representing the Inuit in Nunavut, was quoted as saying during the Pope's visit.

"We would like Rivoire to be extradited to Canada to face his charges in court."