Record numbers of migrants die at the U.S.-Mexico border 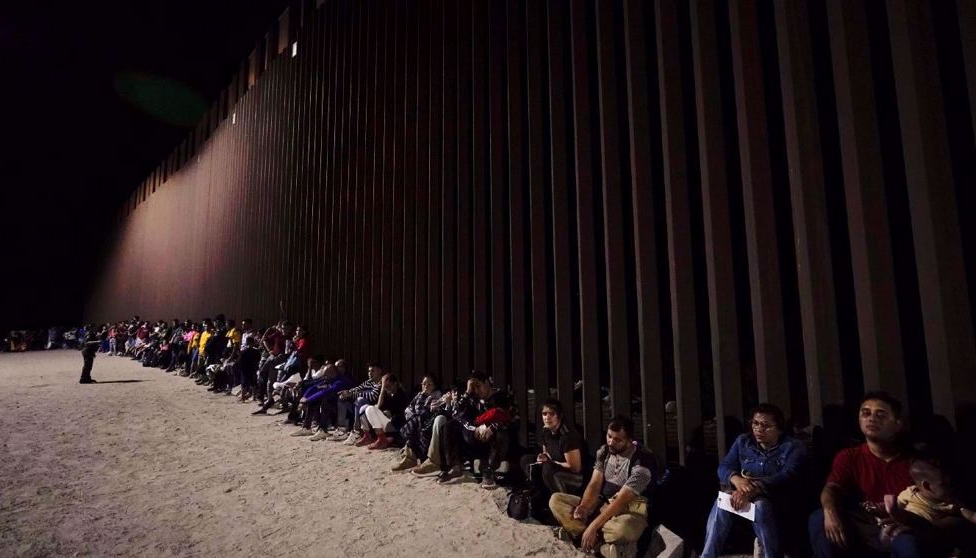 Migrants wait to be processed after crossing into the United States near the end of a border wall Tuesday, Aug. 23, 2022, near Yuma, Arizona, United States. (AP photo).

Since October 1 of last year, when fiscal 2022 started, Department of Homeland Security (DHS) officials have registered 748 migrant deaths at the border.  The CNN report said migrants often face treacherous terrain when crossing the border -- including oppressive desert heat, dangerous waters and falling from the border wall.

The number of deaths registered in fiscal 2021 was 557 which set a grim record. This year’s figure it set to surpass that.  The final figure for deaths is likely to continue climbing in September, as high temperatures persist in much of the Southwest.

And the death figure announced by DHS only takes into account deaths confirmed by border officials. Hundreds of people who have perished in their attempts to enter the United States might not have been counted.

Migration has remained high for much of 2022, and more migrants are coming from beyond Mexico and Central America’s so-called Northern Triangle, Guatemala, Honduras and El Salvador.  The rise in migrants from farther-away countries could also contribute to the crossing’s lethality.

Political activists say that Central American immigrants are fleeing “the hell” that the United States created for them in their countries.