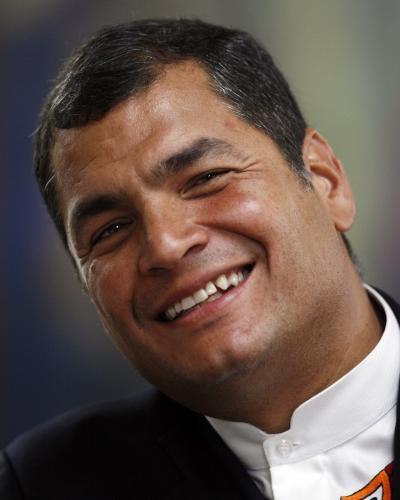 St Petersburg, October 28 (RHC) -- The president of Ecuador, Rafael Correa, arrived on Sunday in St. Petersburg for a 4-day working visit. For Correa it is the first leg of a European tour that will also include Belarus and France.

According to multinational news channel TeleSur, Correa will hold talks in Moscow with his Russian counterpart Vladimir Putin as well as with Prime Minister, Dmitry Medvedev.

According to government sources, Ecuador has shown interest in advancing cooperation with Russia in the field of oil and gas exploration, including deepwater studies in the Gulf of Guayaquil.

Correa will also travel to Minsk, capital of Belarus, to discuss the establishment of joint projects in the areas of technology and science with his peer Alexander Lukaschenko
In France, Correa will participate in the 37th session of the United Nations Educational, Scientific and Cultural Organization in Paris.

The President seeks to expand cultural cooperation with France, through an exchange program with French museums and cultural institutuions that will last three months.
Correa returns to Quito November 9th.