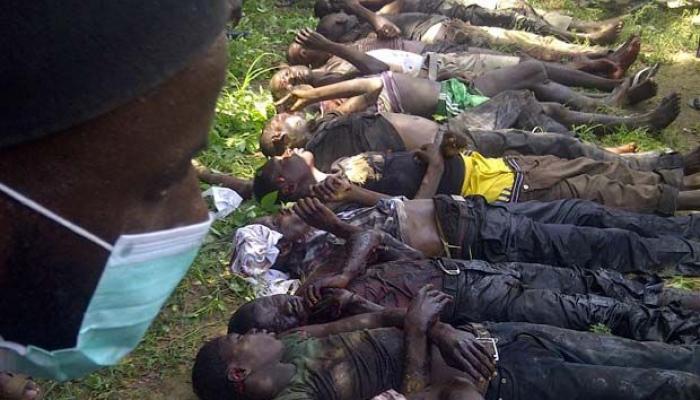 Speaking in a televised media chat in Abuja, the nation's capital city, President Jonathan extended sincere condolences to the families of those who lost their loved ones in the dastardly attack.

The Nigerian leader said the apparent objective of the criminal and unpatriotic elements and forces behind the attack is to set back the progress the administration has made in the fight against terrorism in the country.

Medical Director of the Damaturu Specialist Hospital Garba Fika confirmed that 40 students of the College of Agriculture at Gujba in Yobe State were killed by gunmen in the early hours of Sunday.

"The gunmen, suspected to be Boko Haram terrorists on bikes, Hilux and Golf vehicles, attacked the College of Agriculture in Gujba, said an army statement.

"The terrorists surrounded the male hostel and opened fire indiscriminately, leaving several students dead and others wounded. The terrorists also took away the school ambulance," it said.

Security agencies are presently on the trail of the fleeing terrorists, with a view to arresting them, Lazarus added.

Five students including three with fractures, one with bullet wound and another with abdominal injury were receiving treatment at the hospital.

On July 6, at least 29 pupils and a teacher were killed by suspected Boko Haram members in a pre-dawn attack on a school in Yobe State.

Yobe State, in the volatile northeastern region of Nigeria, is one of three states where President Goodluck Jonathan declared a state of emergency in May, sending thousands of troops to the area.

The Boko Haram sect seeks to enshrine the Islamic sharia law into the constitution and declares war against Western education.