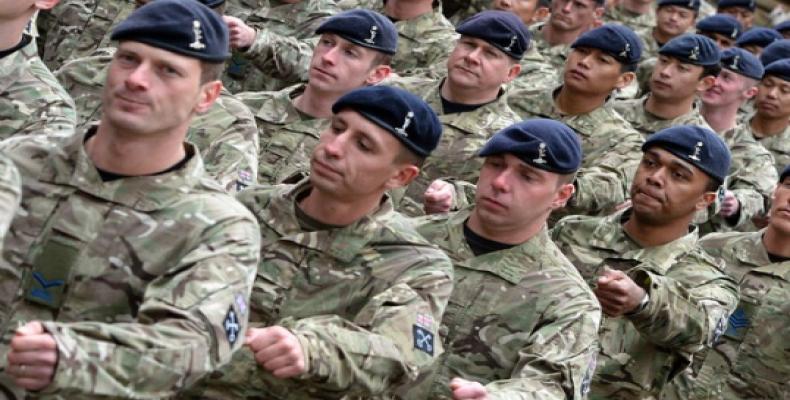 London, March 24 (teleSUR-RHC) The United Kingdom will increase its military presence on the disputed Malvinas Islands, according to reports Tuesday.

U.K. defense secretary Michael Fallon is likely to announce an increase of troop numbers on the islands to parliament. Fallon told the BBC “any future and possible threats” to British administration of the islands will be considered as troop numbers are reviewed.

“We do need to modernize our defenses there, to ensure we have sufficient troops and that the islands are properly defended in terms of air and maritime defense.” he stated.

The defense ministry followed up Fallon's comments by announcing a full statement will be released shortly. The announcement comes in the wake of a report from the defense ministry report claiming a renewed armed conflict with Argentina has become increasingly likely.

Earlier this week, the U.K.'s The Sun newspaper reported claims Argentina is planning to obtain at least 12 long-range bombers from Russia. While admitting the deal between Argentina and Russia hadn't been confirmed, Fallon claimed it poses a “very (real) threat.”

“We have to respond to it,” he stated. Known to the British as the Falklands, the Malvinas Islands have been held by the UK since 1833, when British warships seized the archipelago. Argentina has long disputed British claims to the islands. In 1982 tensions boiled over into a short war that claimed close to 900 lives, and ended with the U.K. holding on to the islands.

Since the war, both Argentina and the U.K. have been called on by the United Nations to reach a negotiated solution to the simmering dispute. While Argentina has backed proposed negotiations, the U.K. has refused to discuss the status of the Malvinas, despite more than 40 U.N. resolutions calling for talks.