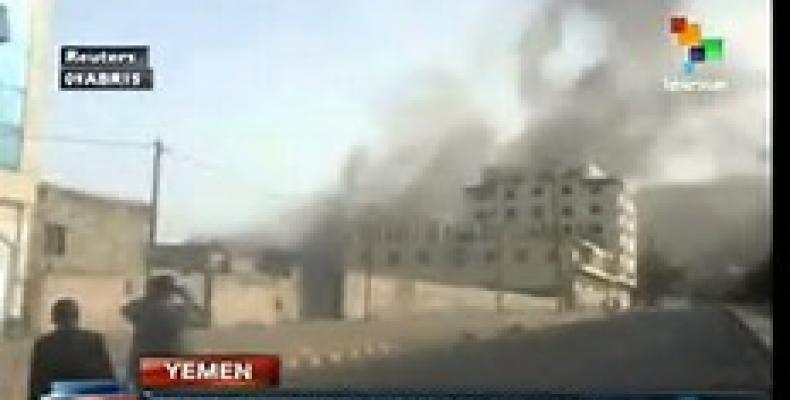 Sanaa, April 16 (RHC)-- At least twenty people have been killed in the latest Saudi air raids on Yemen’s Amran province. According to al-Massira television, dozens of people were also injured during the Wednesday night raid on the Houth region in the western central Amran province.

Earlier on Wednesday, fighter jets bombed a school in the Malahidh region, close to the Saudi-Yemeni border, killing eight civilians, including a mother and her three children.

Saudi Arabia started its military aggression against Yemen on March 26th, without a UN mandate, in a bid to restore power to Abd Rabbuh Mansur Hadi, who is a close ally of Riyadh.

According to sources in the Yemeni Army, around 2,600 people have been killed in the Saudi aggression over the past three weeks. The humanitarian situation in Yemen is rapidly deteriorating and many international aid organizations have sought clearances to dispatch medical and other humanitarian supplies by air and sea to civilians in need.