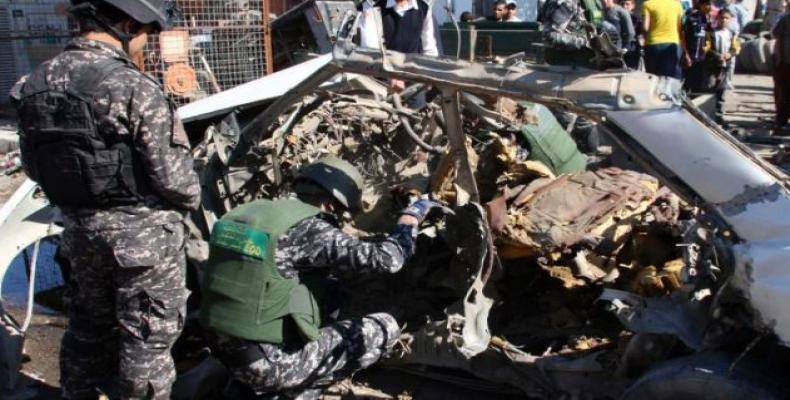 Baghdad, May 1 (RHC)-- Iraqi security and medical officials say at least 16 people have been killed and more than three dozen others wounded in separate bomb attacks against public places in and around the capital, Baghdad.

The officials, speaking on condition of anonymity, said the deadliest of the Thursday attacks took place in Baghdad’s northwestern neighborhood of Mansour, where a car bomb blast killed five people and injured 12 others. Four people also lost their lives and 14 others sustained injuries when a car bomb exploded next to a shop in the capital’s northern Hurriya neighborhood.

Separately, two car bombs went off in two eastern neighborhoods of Baghdad, killing a total of seven people and wounding 18 others.