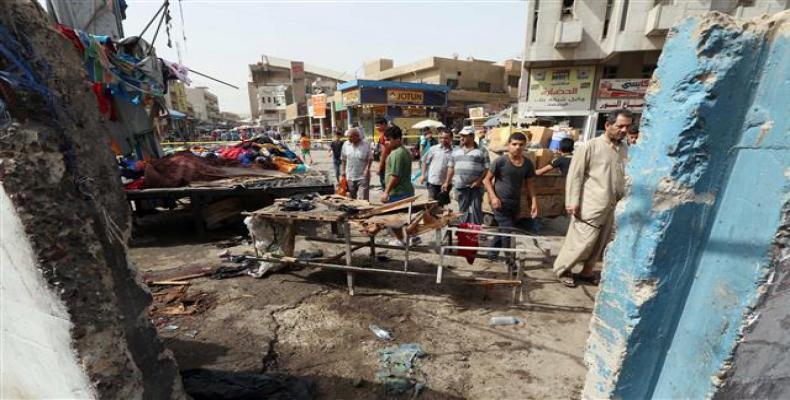 Baghdad, September 22 (RHC)-- Security and medical officials in Iraq say more than a dozen people have lost their lives and over 50 others sustained injuries in separate bomb attacks across the conflict-ridden country.

A police source, speaking on condition of anonymity, said 12 people were killed and 42 injured when a car rigged with explosives was detonated in the al-Amin al-Thaniyah neighborhood of eastern Baghdad on Monday.

Security forces immediately cordoned off the site of the attack, and ambulance workers ferried the wounded to a nearby hospital. The Daesh Takfiri terrorist group claimed responsibility for the attack in a statement.

Additionally, two civilians lost their lives and five others suffered injuries when an improvised explosive device was set off near a popular market in the town of Yusufiyah, about 40 kilometers south of Baghdad.

Also on Monday, a bomb was detonated near an army patrol in the town of Taji, located 30 kilometers (20 miles) north of Baghdad. Three soldiers were injured in the bombing.

The United Nations Assistance Mission for Iraq says a total of 1,325 Iraqis were killed and another 1,811 wounded in acts of terrorism, violence and armed conflict in August. According to the UN mission, the number of civilian fatalities stood at 585. Violence also claimed the lives of 740 members of the Iraqi security forces.