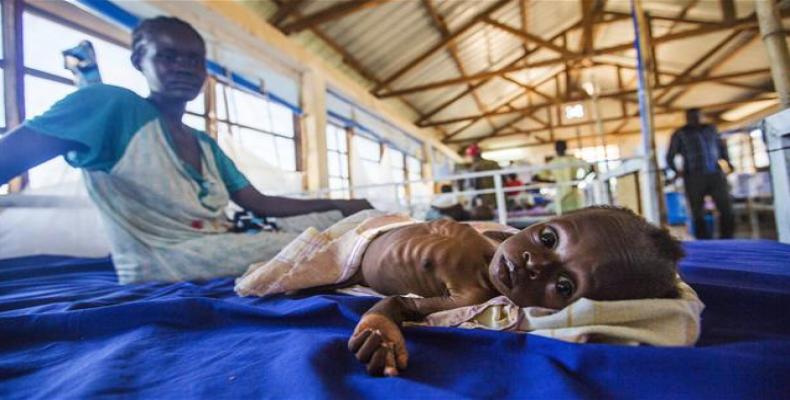 "In terms of numbers, it is an incredibly huge number of children who are affected by malnutrition in Sudan," he added, calling on the international community to boost funding to tackle the problem.

Of those two million, nearly 550,000 have life-threatening severe acute malnutrition and many of them are living in the underdeveloped east and conflict-stricken Darfur region.

UNICEF's representative also urged the Sudanese government and the international community to allocate more funds saying that "billions, not millions" of dollars are required to reduce malnutrition levels among children in the country.

"We need to continue encouraging the government to invest more in malnutrition but at the same time it will have to be a collective responsibility, the international community will have to step up if it is serious in its commitment to help the Sudanese people," Cappelaere said.

Red Sea State in eastern Sudan and North Darfur State in the west are considered to be the worst affected areas. Sudan's western region of Darfur has been the scene of violence since 2003, when rebels took up arms against the government in Khartoum. There has been also tribal fighting in the region. The United Nations estimates that over 300,000 people have been killed in Darfur since the violence began.