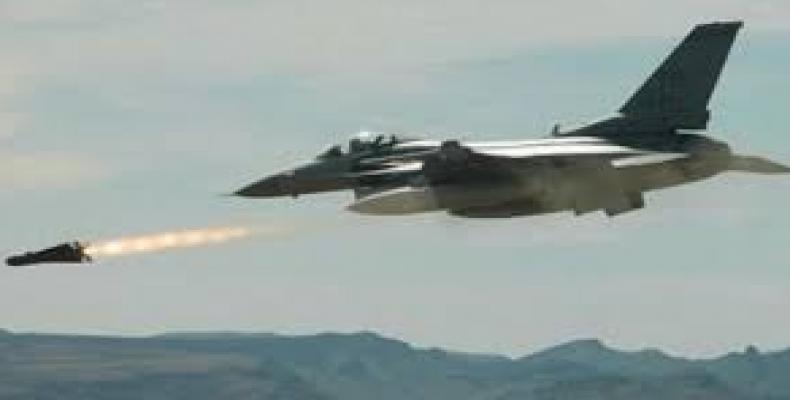 Gaza City, May 26 (RHC)-- Israeli warplanes have launched two airstrikes on the Gaza Strip in yet another act of aggression against the besieged coastal enclave.  According to Palestinian media reports, the airstrikes hit an area west of Rafah and the Nuseirat refugee camp located in the southern and central Gaza Strip respectively.

No casualties have yet been reported in the attacks that followed alleged reports of a rocket fired at an open area in the western part of the occupied Palestinian territories on Wednesday night.

Gaza has been blockaded since 2007, a situation that has caused a decline in the standard of living, unprecedented levels of unemployment, and unrelenting poverty.  The apartheid regime of Israel denies about 1.8 million people in Gaza their basic rights, such as freedom of movement, proper job, and adequate health care and education.