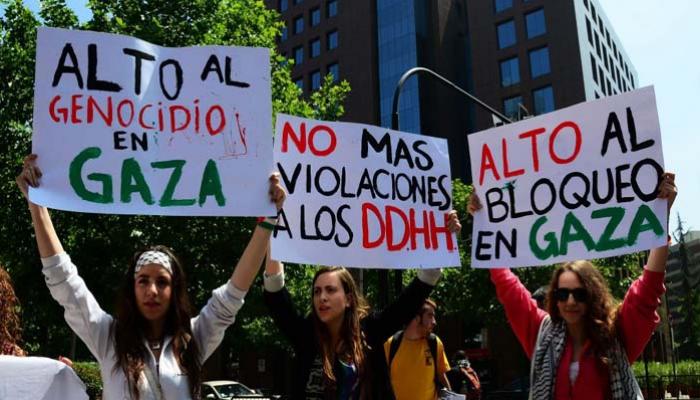 Gaza City, July 7 (RHC)-- Human rights groups have expressed alarm over the lack of reconstruction and war crimes prosecutions in the Gaza Strip, two years after Israel's devastating invasion of the besieged territory.

In a report ahead of Friday's anniversary of the invasion, a coalition of leading NGOs urged Israel on Thursday to lift its crippling blockade of Gaza where more than 1.8 million Palestinians live in despicable conditions.

Amnesty International expressed its great frustration over the lack of genuine criminal investigations, saying it was "indefensible" that no criminal cases had been brought for alleged war crimes.  "During 50 days of attacks, Israeli forces wreaked massive death and destruction on the Gaza Strip, killing close to 1,500 civilians, more than 500 of whom were children," said Amnesty's Philip Luther.

According to UN figures, nearly 2,200 Palestinians were killed in the Israeli invasion, including 577 children, and about 11,100 others injured.  Amnesty International said only three Israeli soldiers have been charged over the war, all for minor offences.

Philip Luther, who is Amnesty's director for Middle East and North Africa Program, said: "Two years have passed and it's high time the wheels of justice started turning."  Israel has maintained its decade-long blockade on the enclave, limiting the entry of many goods essential for construction.

According to AIDA, an umbrella body for major international NGOs working in Israel and the Palestinian territories, Tel Aviv's siege is "severely impeding reconstruction and recovery" in Gaza.

Under the Israeli siege, Gaza's economy has collapsed while Tel Aviv's wars have wiped out the coastal territory's infrastructure.  As a result, most roads remain destroyed, many areas desolated and homes, schools and medical centers toppled.