International Community Says 'NO' to U.S. Blockade of Cuba 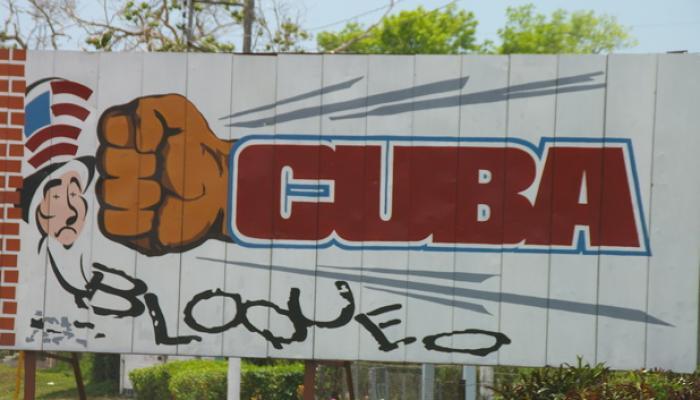 New York, October 26 (RHC)-- The vast majority of the international community, represented at the UN General Assembly, voted Wednesday in favor of a resolution, urging the U.S. government to repeal its nearly six decades-old blockade policy towards Cuba.

A total of 191 out of the 193-member Assembly voted in favor of UN resolution entitled 'Necessity of Ending the Economic, Financial and Commercial Embargo Imposed by the United States of America against Cuba.' As announced minutes before the vote, the United States and Israel abstained.

Speaking on behalf of the Community of Latin American and Caribbean States (CELAC), the representative of the Dominican Republic saluted the reestablishment of diplomatic relations between the United States and Cuba, in which context he said “the U.S. blockade against the Caribbean state runs totally anachronistic.” He urged the U.S. government, and particularly the U.S. Congress to listen to the voices of the vast majority of the international community represented at the UN General Assembly and repeal the unilateral, coercive measure.

Other nations and groupings raising their voices Wednesday at the UN General Assembly in support of the Cuban-sponsored UN resolution against the U.S. blockade included China, Mexico, Vietnam, Bolivia, India, Tonga, South Africa, Brazil, Ecuador, Nicaragua, Egypt, Kuwait on behalf of the Organization of Islamic Cooperation, Thailand on behalf of the Group of 77 plus China, Venezuela in its capacity as President of the Non-Aligned Movement, Jamaica on behalf of the Caribbean Community (CARICOM), Niger on behalf of the African States and Singapore on behalf of the Association of Southeast Asian Nations (ASEAN)).

The Venezuelan representative highlighted that despite the acute hardships inflicted by the U.S. blockade on the Cuban people over more than half a century, the Caribbean state has never hesitated to assist other peoples in need the world over, and described the Cuban people as a symbol of genuine friendship and solidarity that should prevail among nations and peoples regardless of any economic and/or political differences.

The representative of Mexico noted that despite the U.S. blockade, Cuba will be among the few countries in the world that will fulfill the UN General Assembly's 2030 Agenda for Sustainable Development, which he said 'attests to the political will of the Cuban government to work hard towards improving the wellbeing of its people even under difficult domestic and international circumstances, further aggravated by Washington's arbitrary policy towards the Caribbean state.'