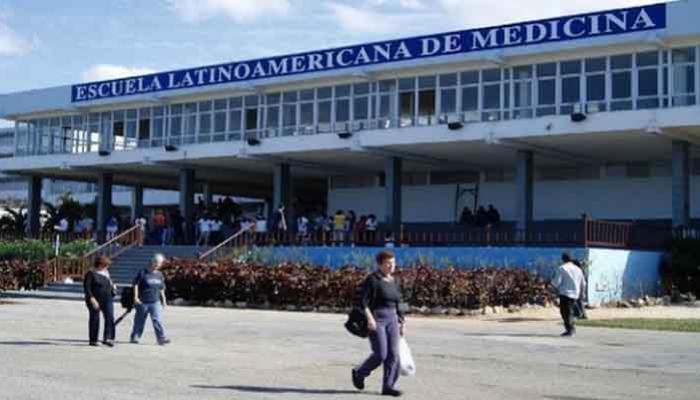 Havana, October 27 (RHC)-- A group of survivors of the 1945 atomic bombings of the Japanese cities of Hiroshima and Nagasaki visited the Havana-based Latin American Medical School (ELAM) on Wednesday. There, they exchanged with medical students from several nationalities, particularly from poor countries, who are studying on scholarships granted by the Cuban government.

The group of Japanese survivors of the brutal atomic bombing, carried out by the U.S. at the end of World War II, arrived in Cuba on board the Peace Boat. The trip is organized by an International NGO based in Japan, which since 1983 promotes peace and sustainability by way of the organization of international trips for peace, using a passenger boat as means of transport.

During their visit to ELAM, the Japanese visitors learned about the center, founded in 1999 by then Cuban President Fidel Castro. ELAM has already graduated 28,000 physicians from 135 countries.
At present, 3,800 students from 89 nations are conducting their medical studies.

Japan's Peace Boat initiative holds Special Consultative Status at the Economic and Social Council of the United Nations, participating actively in cultural exchanges and activities of education to raise public awareness on issues such as disarmament, the prevention of conflicts and sustainable development.