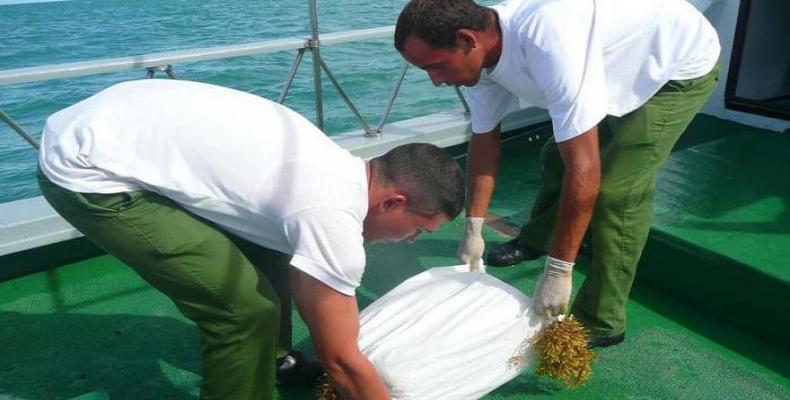 Havana, November 22 (RHC) -- More than four and a half tons of drugs were seized in Cuba between January and October 2017 associated with port arrivals not destined for the Caribbean nation.

According to official reports, the more than four thousand kilograms confiscated in the first ten months of the year are more than the total seized in 2015 and 2016.

These increases are related to the impact on the geographical environment of drug trafficking and illicit consumption at the global level, due to the increase in production, supply and consumption.

Faced with the challenges at the maritime border, the deployment of specialized forces and resources of the Revolutionary Armed Forces and the Ministry of the Interior continued to keep the incidence of criminal organizations operating in the area away from Cuban jurisdictional waters.