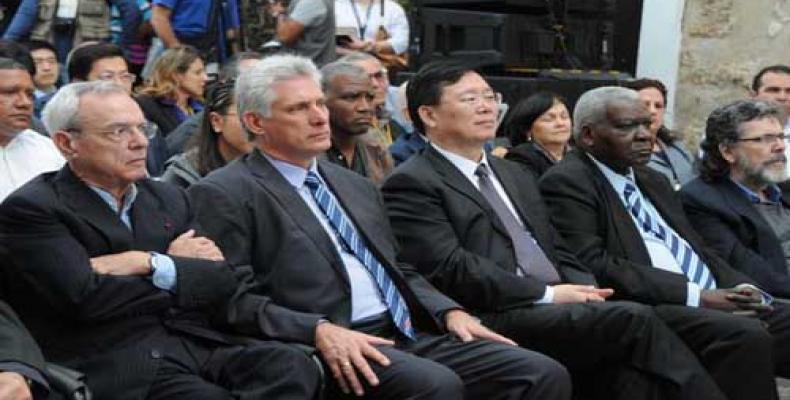 Havana, February 1 (RHC) The 27th  International Book Fair was inaugurated in the San Carlos fortress of La Cabaña, in Havana.

On hand for the opening ceremony were Cuban first vice president Miguel Diaz-Canel and other high-ranking officials like the speaker of the National Parliament,  Esteban Lazo, and Abel Prieto, Minister of Culture, and Chinese ambassador to Cuba,  Chen Xi.

The Fair ´s guests of honor this year is China and it is dedicated to the historian of Havana and author, Eusebio Leal.