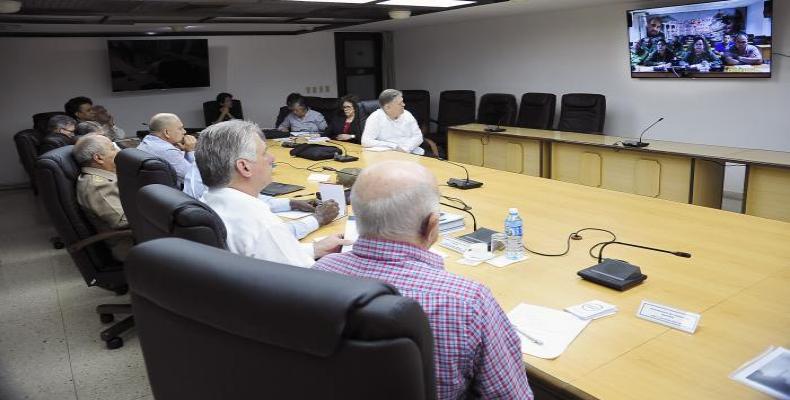 Havana, May 30 (RHC)-- Cuban President Miguel Diaz-Canel convened a meeting Tuesday to assess the damages caused by subtropical storm Alberto in central and western regions of the Caribbean island.

During the encounter, it was reported that at least four people died due to imprudence, such as walking through flooded areas and trying to cross rivers with strong currents.

Preliminary assessment report damage on infrastructure, like roads, bridges and thousands of homes under water.  Over 51,000 people have been evacuated.  Over 43,000 people remain without electricity in the provinces of Matanzas, Villa Clara, Cienfuegos and Ciego de Avila.

The Cuban president asked for an adequate assessment of the damages and to put into practice the experiences that led to the successful recovery in the aftermath of Hurricane Irma last year, like the creation of special reconstruction brigades.

He also said that efforts should be made to guarantee a safe return of the evacuees to their homes, when conditions permit.

Diaz-Canel said that acts of vandalism that could occur must be resolutely confronted and warned about speculators who take advantage of these moments to raise the prices of basic goods.

The Cuban president announced that three working groups have been established and will be dispatched to the affected provinces, led by the first vice president of the Councils of State and Ministers, Salvador Valdés Mesa; the second secretary of the Communist Party of Cuba, José Ramón Machado Ventura; and Commander of the Revolution, Ramiro Valdés Menéndez.