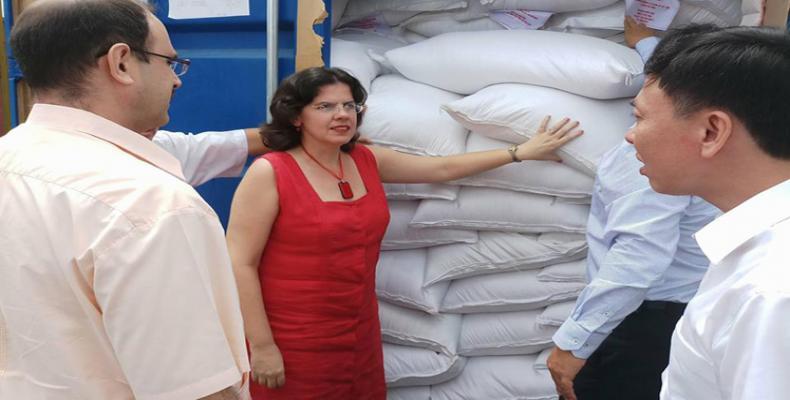 Hanoi, June 22 (RHC) – In a new gesture of solidarity, Vietnam has donated five thousand tons of rice to help Cubans affected by floods in recent weeks.

In a ceremony at the northern port city of Haiphong, Vietnam State Reserves' General Director Do Viet Duc formally presented Cuban Ambassador Lianys Torres with the donation. Haiphong was the harbor used by Cuba to send supplies into Vietnam during the war carried out by the United States.

Viet Duc recalled that during a recent visit to Cuba by the Secretary General of the Communist Party of Vietnam, Nguyen Phu Trong, the two nations reaffirmed the will to take their historical friendly bilateral relations to higher levels. This donation, he said, is a concrete expression of their commitment.

Ambassador Torres said the donation was a welcome and timely help as central Cuba still struggles to recover from the heavy May rains and the floods, and that coming from the Vietnamese people, the assistance acquired special connotation of solidarity.

In November of last year, Vietnam had donated a thousand tons of rice to help Cuba recover from the damage caused by Hurricane Irma.