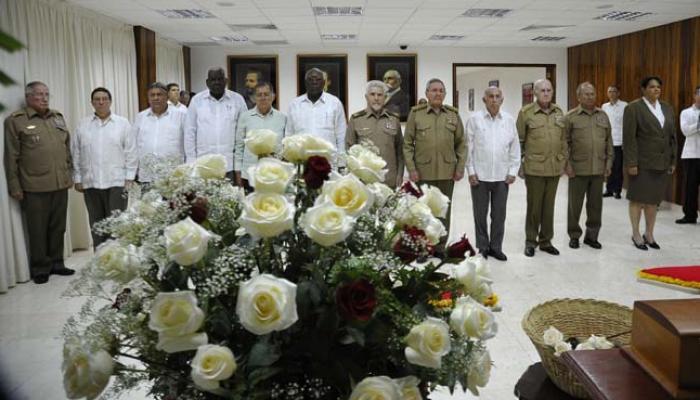 Alongside members of the Political Bureau of Cuba’s Communist Party and relatives of the former combatant in the 1953 Moncada Assault, Raul Castro laid a white rose in front of the small wooden urn containing the ashes of Melba, flanked by the Cuban flag and adorned with a black ribbon. Many of the distinctions she was granted her during her memorable life, including that of Heroine of the Republic of Cuba, were on display.

After observing a minute of silence, Raul expressed his condolences to Melba’s relatives who gathered for the solemn, simple ceremony.

The ashes of the Cuban heroine will be transferred to the Santa Ifigenia Cemetery in eastern Santiago de Cuba, where the people will pay homage. Melba will be laid to rest along with the remains of her compatriots who were killed during assault of the Moncada Garrison in 1953.