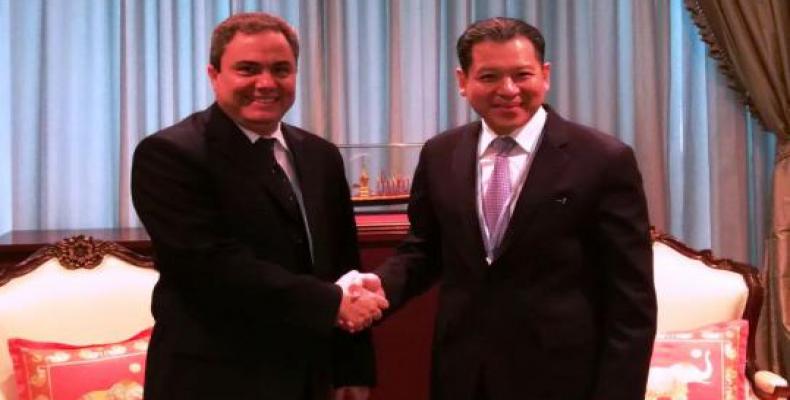 Bangkok, September 7 (RHC)-- The Honorable Mr. Thani Thongphakdi, Deputy Permanent Secretary of the Ministry of Foreign Affairs of Thailand and the Cuban Ambassador to Thailand, Héctor Conde Almeida, highlighted the historical significance of the 60th anniversary of the establishment of diplomatic relations, initiated in 1958, and reiterated the mutual will to strengthen them.

In the cordial exchange, attended by Thai officials with the Departments of International Organizations and America and South Pacific, of the Ministry of Foreign Affairs, the two sides reviewed the progress and the potential of bilateral cooperation in various fields of activity; especially the joint efforts in the medical-pharmaceutical production for the treatment of cancer, diabetes and autoimmune diseases.

Both sides agreed on the importance of the promotion of South-South cooperation and mutual cooperation in the various multilateral forums, such as those related to the 17 UN Sustainable Development Goals, the Paris Agreement on Confronting Climate Change, the Non-Aligned Movement and the Treaty on the Prohibition of Nuclear Weapons, which the two nations have ratified.