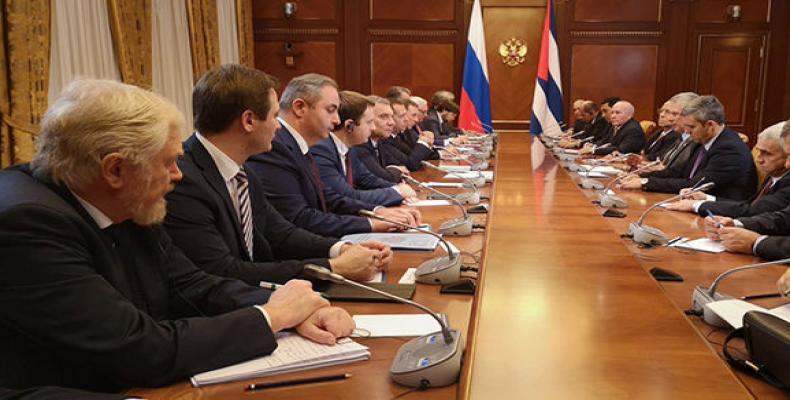 Moscow, November 3 (RHC)-- Cuban President Miguel Diaz-Canel and the Prime Minister of Russia, Dimitri Medvedev, have met in Moscow, during the official visit of the Cuban head of state to Russia.

According to Prensa Latina news agency, the two leaders confirmed the great potential of economic cooperation between both countries and a high level of political dialogue between Havana and Moscow.   President Diaz-Canel said that the relations between the two nations are based on historical ties, describing relations as "strategic between two allies."

For his part, Russian Prime Minister Medvedev said that some key points were discussed with the visiting Cuban president and that the meeting should give a better dynamic to the relations between both countries.

He noted that Cuban and Russia are good friends and we have special associations, however, in the economic sphere there are tasks that still need to be done, because there are many large projects that have not yet been carried out.  The Russian prime minister emphasized that there is a great potential in the development of commercial and economic cooperation between the two countries.