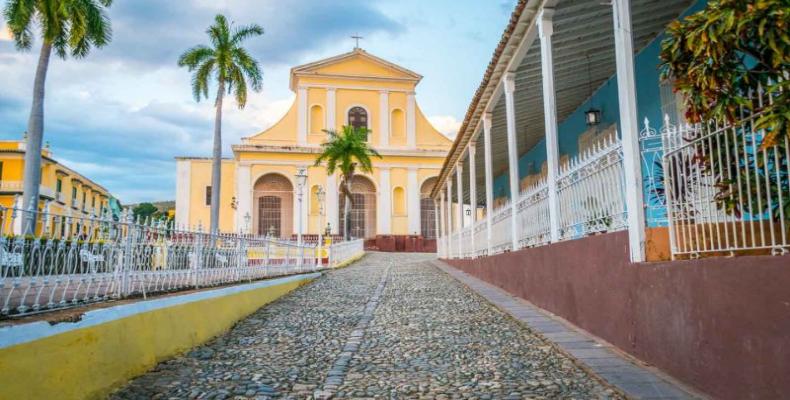 Trinidad, January 14 (RHC)-- Celebrations marking the 505th anniversary of city of Trinidad in the south-central province of Sancti Spiritus were held over the weekend.

On Saturday, Trinidad Culture Week was opened with a gala that included traditional music and folklore.  In a ceremony marking the 505th anniversary of the third settlement built by the Spanish on the island in 1514, held Sunday, Cuban Tourism Minister Manuel Marrero described Trinidad as a ''destination that has it all.”   Marrero, together with local authorities, also oversaw the inauguration of several public works designed to benefit the population, as well as new tourist sites.

Events for the 505th anniversary of Trinidad, coined as a 'living museum', are geared toward enhancing the image of the city as well as the well-being of its inhabitants.