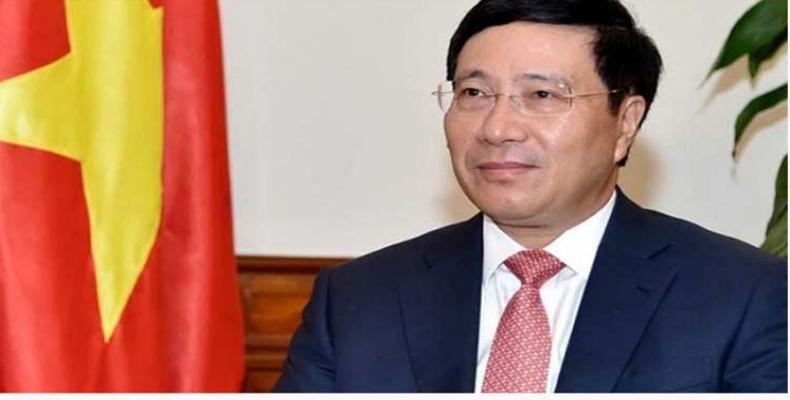 He was received Monday by the leader of the island´s Communist Party, Raul Castro, and the president, Miguel Diaz Canel Bermudez.

During the meetings, the historical relations between the parties, governments and peoples of Cuba and Vietnam were highlighted, as well as their mutual experiences in the construction of socialism.

The international situation and the mutual willingness to boost bilateral economic, commercial and cooperation ties were also raised.

The distinguished guest signed with his counterpart Bruno Rodriguez an agreement of political consultations.

Pham Binh Minh also visited the venue of the National Assembly of People´s Power, and met with its president, Esteban Lazo Hernandez.

Next year, Cuba and Vietnam will mark the 60th anniversary of diplomatic ties.

Vietnam is Cuba’s No. 2 trade partner in Asia, trailing only China, with bilateral trade totaling $220 million in 2017 and projected, according to official estimates, to possibly hit $500 million in 2020.

Cuba and Vietnam currently have or expect to have projects or joint ventures in the food; renewable energy; science and technology; justice; consumer goods; and construction materials areas.