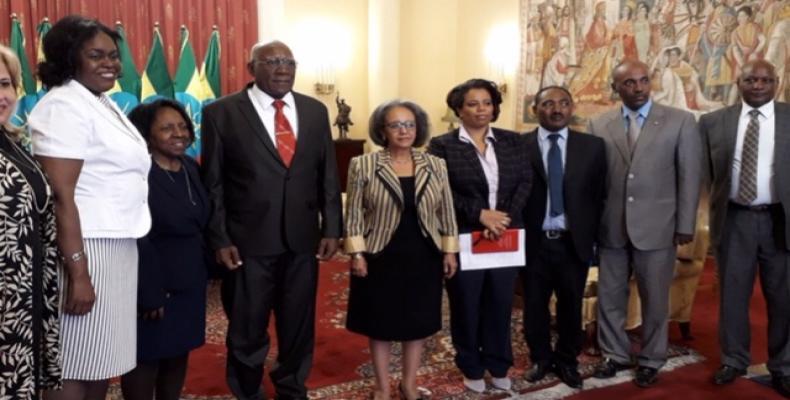 According to diplomatic sources, Valdes Mesa and his delegation had a cordial exchange with the Ethiopian leader, the first woman to hold the office.

Ethiopia’s Foreign Minister Gedu Andargachew held talks with Valdés Mesa, during which the historical position of mutual support was ratified and especially, in the struggle of the Cuban people against the blockade imposed by the U.S. on the Island.

The first vice president also reported via Twitter that that he had a warm meeting with the deputy prime minister of Ethiopia.