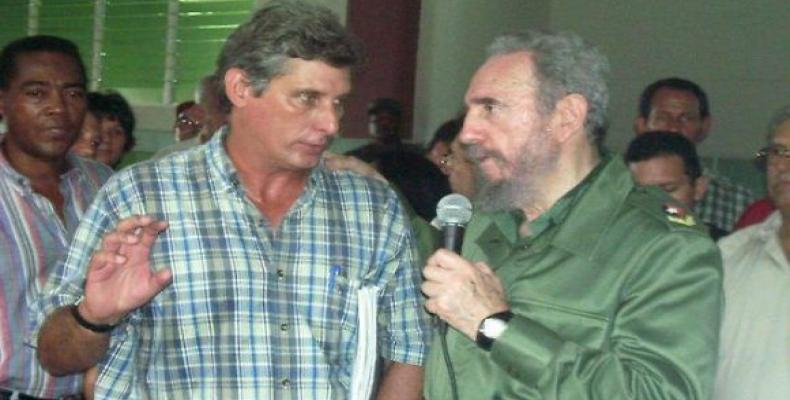 Havana, August 17 (RHC)-- Cuban President Miguel Díaz-Canel highlighted the thoughts of the historic leader of the Cuban Revolution, Fidel Castro -- pointing to the importance of education for the country.

When the Revolution came to power in January 1959, more than half a million children lacked classrooms and teachers, while nearly one million people could not read or write.

Since then, guaranteeing a free educational system without discrimination has been one of the Cuban Revolution's top priorities.

Cuban President Miguel Díaz-Canel, himself, has a background in education.   His mother, Aída Bermúdez, was a schoolteacher.  A native of Las Villas province, he graduated from the Central University of Las Villas in 1982 as an electronics engineer.  Miguel Diaz-Canel taught engineering at his Alma Mater in 1985.   And Miguel served as the Minister of Higher Education from May 2009 until March 2012, when he became Vice President of the Council of Ministers.