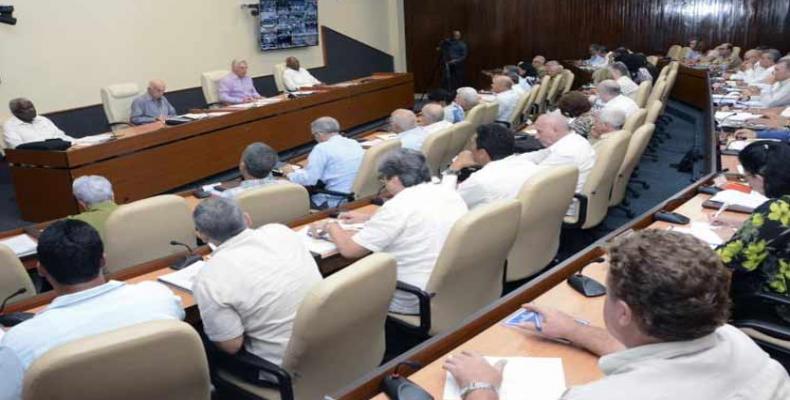 Havana, September 14 (RHC)-- Cuban President Miguel Díaz-Canel has reiterated the need to seek alternatives to the lack of fuel to avoid the negative impact of the energy situation.

In a meeting with national and Havana’s leaders to analyze the measures being implemented, Diaz-Canel recalled that the temporary shortage of fuel is due to the intensification of the U.S. blockade.

The president praised initiatives such as the support of the police and inspectors that are helping speed up the transportation of passengers during peak hours.

For his part, First Vice President Salvador Valdes insisted on supporting the fight against fuel theft.

Meanwhile, the head of government in Havana, Reynaldo García, said that the priorities of work in that territory are saving, protection of basic services such as transportation, community hygiene, health and education, among others.

Industries such as cement and steel production will decrease their activities, so that existing resources are in food production, the retail network and demand in the tourism sector.