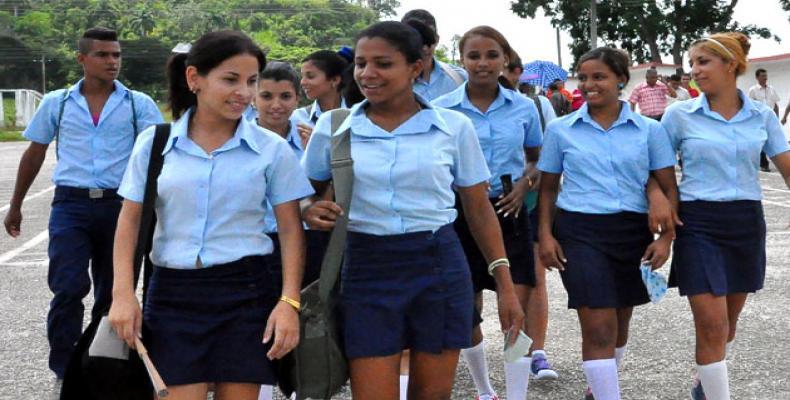 Las Tunas, October 23 (RHC)-- The National Anti-Drug Strategic Exercise is underway in Cuba. The drill running through October 25 seeks to foster behaviors that reject the use of drugs based on knowledge and multidisciplinary actions

Magloiris Turruelles, head of the Department of Technical Services of the provincial branch of the Ministry of Education in Las Tunas told Granma newspaper that practice is underway in the Pinar del Río, Sancti Spíritus, and La Tunas provinces, with a work program fundamentally of educational, methodological and scientific character.

Turruelles said that besides the education authorities, other mass organizations like the Committees for the Defense of the Revolution (CDR) and the Federation of Cuban Women (FMC) contribute from the communities with their own action plans.

Also participating in the drill are local Departments of Mental Health.

“They give us the support to attend to those students who have psychological disorders, who have been affected by complex situations of family nature, or who have conditions in their environment that could be a trigger for them to start using drugs.”

Cuba has a  policy of zero tolerance to drugs, and it repudiates and strictly confronts any manifestation linked to the trafficking or consumption of these substances.

Unlike other countries of the hemisphere, in Cuban schools, there are very scarce drug-related incidents, and no violent or arms events are reported.