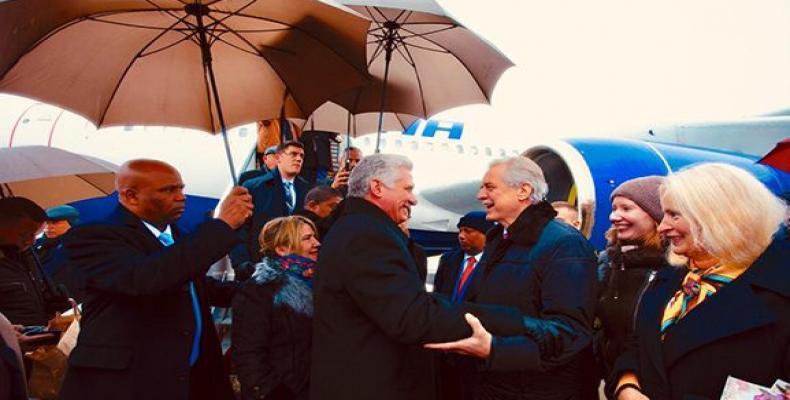 The Cuban delegation led by the Cuban leader was met by the island's ambassador in Russia, Gerardo Peñalver.  The visit is scheduled for three days and includes visits to the former Leningrad (now St. Petersburg) and Moscow, where they will meet with Russian President Vladimir Putin and Prime Minister Dmitri Medvédev.

On Monday morning, the Cuban delegation will meet with the governor of St. Petersbug, Alexander Beglov, during which they will discuss the development of bilateral cooperation.