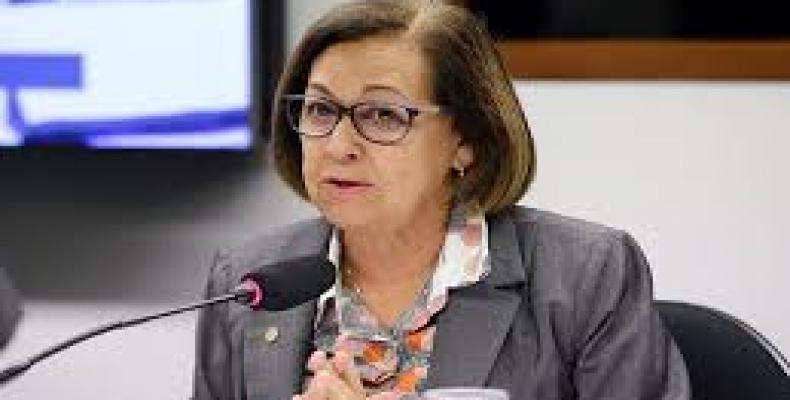 Brasilia, November 1 (RHC)-- The Brazil-Cuba Parliamentary Friendship Group, formed by 65 deputies and 12 senators, rejected the U.S. blockade against Cuba and called for the adherence and respect of the historical principles of Brazilian foreign policy.

In a motion sent to Brazil's Ministry of Foreign Affairs and made available to Prensa Latina, the group reiterated to the Brazilian people and the international community its firm rejection of the U.S. economic, commercial and financial blockade against the Caribbean island.

The document denounced that the siege, 'rooted in the Cold War era, is an act of aggression and economic war.'

"Not only does it harm international law, but it is also a unilateral, unjust, severe, and prolonged system of sanctions never applied to any country in the world, " the motion stressed.

The text, signed by the group's president, Congresswoman Lídice da Mata, of the Brazilian Socialist Party, stated that  'given the evidence that Cuba does not represent a threat to the integrity of the United States, we demand the maintenance and respect of the historical principles of Brazilian foreign policy."