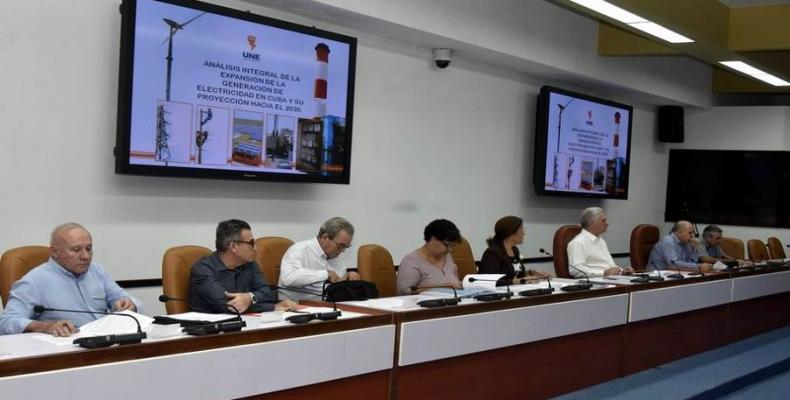 Havana, November 20 (RHC)-- The National Program on climate change, the preservation of Cuba´s historical memory and the performance of scientific cloisters of Havana, Artemisa, and Mayabeque provinces were the focus of meetings attended Monday by President Miguel Díaz-Canel Bermúdez.

More and more frequent, intense, and extensive drought episodes are affecting the eastern province of Guantánamo, one of the territories where more significant variability and climatic complexity in the country, with high impact on the productivity of its soils.

Diaz-Canel considered that this province should "follow with much intentionality the fulfillment of the Task Life, the way authorities call the Cuban program on actions on climate change---  because the eastern territory is one of the most affected by the phenomenon, with problems already accumulated, especially desertification and salinization in several areas.

During the meeting it was informed that a strategy for the period 2020-2030 for the province includes reforestation of the first line of the coast and the water regulating strips of the rivers; the planting of more than 2,000 hectares of coconut trees; as well as the increase in water sources for industry, population, agriculture and energy generation.

In another meeting, the President also followed up on the program to stop the deterioration of the nation's documentary heritage, which on this occasion included the analysis of this issue in the Office of the Attorney General of the Republic and the Supreme People's Court.

The archives of both bodies contain valuable documents relating to the social, economic, and political life of the country.

Later on Monday the head of State also presided over the meeting of the Productive Scientific Pole of Havana, Artemisa, and Mayabeque, in which a comprehensive analysis was presented on the expansion of electricity generation in Cuba and its projection towards the year 2030.

According to Lázaro Guerra, Director of Development at the Ministry of Energy and Mines, the country is working to achieve an electricity generation matrix that guarantees higher energy efficiency and independence, through greater use of national crude oil in its thermoelectric power plants, increased use of renewable energy sources and an environmental impact by reducing emissions of carbon dioxide and other greenhouse gases.

In this regard, the vice-president of the Council of Ministers, Roberto Morales Ojeda, drew attention to the boundless reserves that exist in universities and different agencies in terms of technological innovation, and that can be exploited much more.