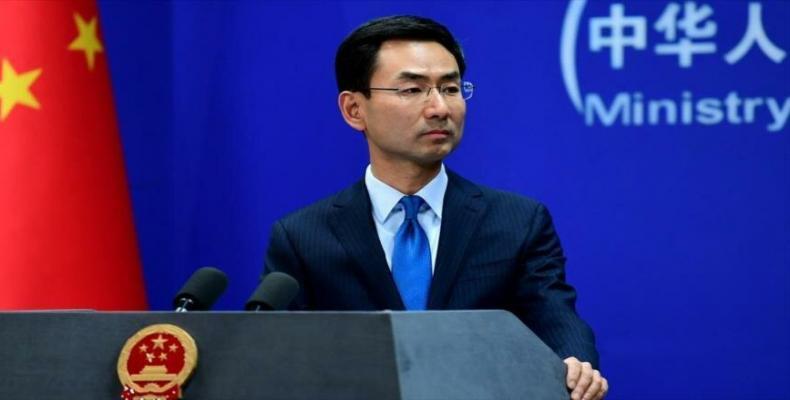 Beijing, December 23 (RHC)--China ratified on Monday its firm willingness to take advantage of the 60th anniversary of its links with Cuba to take them to a more in-depth, more comprehensive, and more beneficial multisectoral cooperation.

Geng Shuang, the spokesperson for the Ministry of Foreign Affairs, said Beijing is ready to celebrate the event together with Havana in 2020, as it considers it a new historical starting point that will allow for the strengthening of mutual political trust.

Cuba, he recalled, was the first territory in the Western Hemisphere to establish diplomatic ties with the new China, and the traditional friendship between the two nations has stood the test of a changing international landscape.

Geng added that the Asian giant wishes to expand the "width and depth" of bilateral cooperation and to promote fraternal exchanges in many fields to obtain new and better benefits for their peoples.

He welcomed the appointment of Manuel Marrero as Prime Minister of the island. He recalled that his Chinese counterpart, Li Keqiang, sent a message of congratulations Sunday.

The spokesman said that in his letter, Li stressed that the friendship between China and Cuba is based on mutual respect, understanding, and support for the respective national development processes.

After expressing his willingness to work with Marrero, Li also proposed to take the opportunity of six decades of diplomatic ties in 2020 to expand high-level contacts and practical cooperation in various areas.

On September 28, 1960, Cuba recognized the People's Republic of China as the only legitimate representative of its people in the international arena. That act was the catalyst for the harmonious and uninterrupted progress of ties described as reliable by the authorities on both sides.