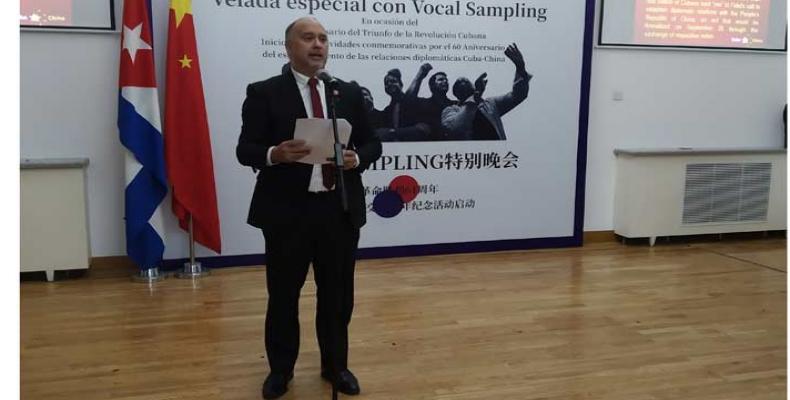 Beijing, January 10 (RHC)--  Cuba opened on Thursday the official program of activities to  celebrate six decades of diplomatic relations with China, in an evening that also served as a tribute to the 61st anniversary of its Revolution.

The Chinese Vice-Minister of Foreign Affairs and Chinese institutions, as well as members of the diplomatic corps accredited in Beijing, and the community of Cubans living in the Asian state were invited to the island's embassy in the Chinese capital.

Ambassador Carlos Miguel Pereira told those present that this year will be transcendental in Cuba-China relations, and the 60th anniversary celebrations will continue to strengthen the deep friendship between the two states.

Pereira renewed his commitment to the consolidation of bilateral ties and advocated for support in the efforts to build a socialist society that is prosperous, democratic and sustainable.
Meanwhile,  Havana´s National Theater is the venue of a Gala this Friday by the renowned Beijing Opera. With the sponsorship of the Chinese Embassy to Cuba and the island´s Ministry of Culture the performance will showcase the traditional art of the ensamble, included in  UNESCO´s List of Intangible Heritage.