Cubans' presence on the Internet is 63%, higher than the world average 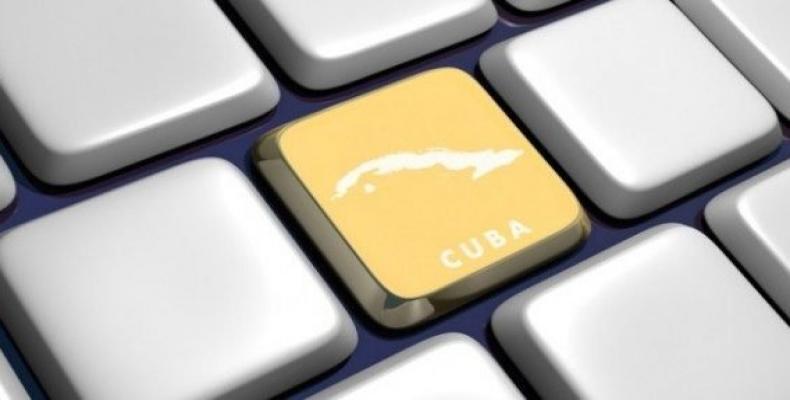 Havana, February  5 (RHC) The presence of Cubans in the digital public space is growing in a spiral, as a result of the process of computerization of its society.

Cuba already shows today an Internet penetration in its population higher than the world average says an article by Cubadebate.

The  2020 Digital Report on digital and social network trends around the world confirms that data.

The report is produced by the agency specializing in social media We Are Social in conjunction with Hootsuite, the most widely used platform internationally for the management of social media.

According to the recently unveiled report -which includes the numbers for 2019-, 7.1 million Cubans are already connected to the Internet, representing 63% of the country's population. At the same time, 59% of the inhabitants of the planet are connected. 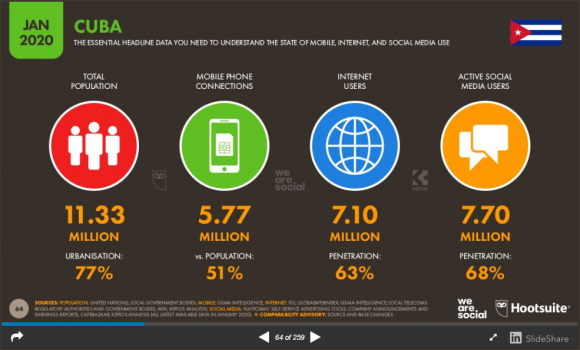 For the first time, Cuba shows a higher penetration rate than the world, says Cubadebate.

The jump has been significant. Just a few years ago, the island was at the bottom of the world's connectivity statistics. In the year 2000, when computers were made available in its schools, Cuba had only a 0.5% penetration rate.

At the beginning of the current decade, in 2011, this rate reached only 16%, as reflected at that time by the website Live Stats. In eight years, the figure has almost quadrupled, and the country is now above the world average.

The expansion of mobile data services (despite insufficient infrastructure and high prices) has a notable impact on this democratization of Internet access in the country.

At the end of 2019, ETECSA announced that there were already 3.7 million mobile lines with data access, just one year after the launch of the service. This number will probably not be fully represented in the Digital 2020 report.

"Cuba continues to make progress in access to the digital world, as an expression of the State's political will and the Cuban people's desire for communication and knowledge. There is still much to be done in terms of access, content, and uses, but we are making progress as we go along," said Cubadebate's article. 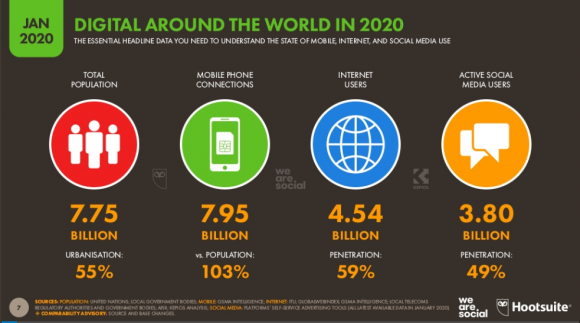