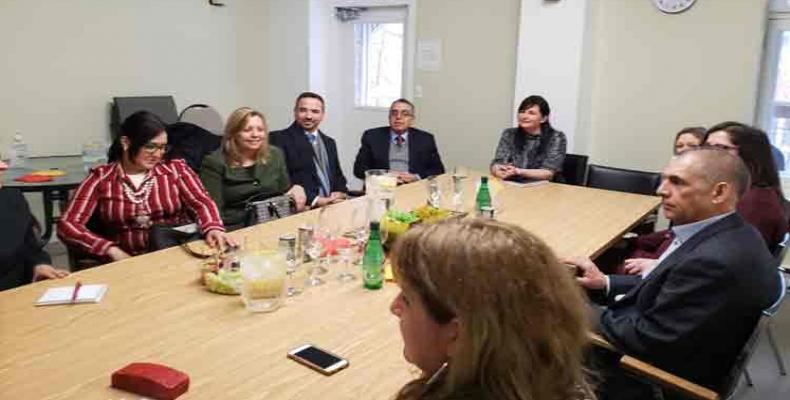 Ottawa, March 5 (RHC)-- The First Deputy Minister of Foreign Affairs of Cuba, Marcelino Medina, reported that delegations from the island and Canada began consultations between the two countries on the 75th anniversary of the diplomatic ties between the two nations.

Medina, who concluded an official visit to Quebec, highlighted that the meeting reviewed the links between the Caribbean country and that Canadian province, and reaffirmed the interest in expanding cooperation in areas such as tourism, energy, agriculture and climate change.

The meeting also highlighted the importance of the Office of Quebec in Havana to foster economic, educational, cultural and scientific exchanges, as well as to promote collaboration in sectors of common interest.

The Cuban diplomat's visit confirmed the good state of relations between the island and Quebec, and the existing potential for deepening ties in various fields.

Meanwhile, the 75th years of relations between Cuba and Canada were celebrated on Wednesday at the Cuban Embassy in Ottawa with the presence of Medina Gonzalez, and the Prime Minister's Foreign Policy and Defence Advisor, David Morrison, along with 200 Canadian and Cuban friends, the Cuban Ambassador to Canada, Josefina Vidal said on Twitter.

Historically Canada'Cuba relations have been an example of mutual respect and mutual benefit.

Canada is one of Cuba's main trading partners in the world and is among the largest investors on the island.

Canada has also consolidated itself as the primary source of tourists to Cuba, with one million tourists arriving every year.