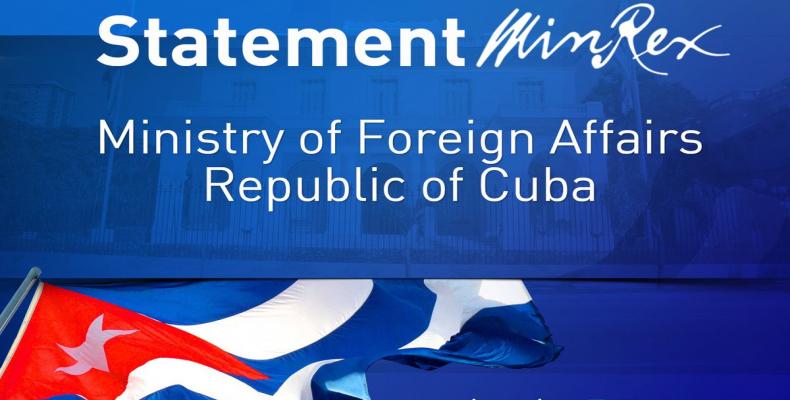 Havana, July 23 (RHC)-- The Cuban Foreign Ministry announced that the Cuban Government, without renouncing the ownership of its Clinica del Colabolador in La Paz, is authorizing the use of the facility by the brotherly Bolivian people to assist the patients of the COVID-19 while the crisis generated by the pandemic lasts.

After denouncing the usurpation of the facility by the de facto Government, a Foreign Ministry statement said on Thursday that many Bolivian organizations and citizens have publicly and privately asked the island for support from Cuban health personnel and medicines proven to be effective on patients infected with the virus.

The document recalled that the facility occupied by the small health care center was purchased and expanded by the Cuban State in 2007 and that in strict compliance with Bolivian legislation, it was authorized to operate as a care center for Cuban professionals working in the Andean nation.

The Foreign Ministry noted that last Monday, the Bolivian de facto authorities publicly reported that the "Clinica del Colaborador", which was violently raided by police authorities on November 15, 2019, would be enabled coming days to care for sick Bolivian citizens of Covid-19.

The text added that the Cuban embassy in La Paz had been arbitrarily denied access to the facility since the coup d' état. It has officially requested the reestablishment of its rights as it the legitimate owner of the property without obtaining a response.

"The generous Cuban people have not given up their altruistic vocation, and aware that the fight against the Covid-19 pandemic requires urgent and joint efforts of cooperation and solidarity and, without renouncing the ownership of the property and the rights that it has as a legitimate owner, the Cuban Government makes its use available to the brotherly Bolivian people to assist the patients of the COVID-19, " concluded the Foreign Ministry statement.