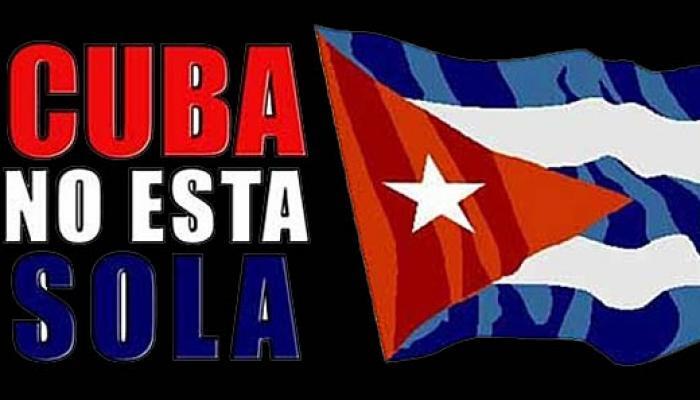 Havana, October 17 (RHC)-- Activists from all over the world are joining Saturday on social networks to reject the U.S. blockade against Cuba.

At 9:00 am local time, the first of two forums will take place, in which people linked to art, from Europe, North America, Latin America, Africa, Asia and Oceania intervene.

The meeting can be followed through the Facebook platforms and the Youtube channel 'Siempre con Cuba', with hash tags #SolidaridadVsBloqueo, #CubaEsCultura and #LaTierraDeMisAmores.

These Internet users will repudiate the harassment of which Cuban artists who defend the Revolution are victims, and they will discuss solidarity in confronting the United States' campaign against Cuba's international health collaboration.

According to the Cuban Institute of Friendship with the Peoples, the Movement of Solidarity with Cuba in Germany will also launch from Berlin at 13:00 (Cuba time) the campaign UnblockCuba2020, which will have simultaneous translation into Spanish.

The virtual meeting will also be attended by members of the Italy-Cuba Friendship Association and the UK's Cuba solidarity campaign, as well as the Cuban ambassador to Germany, Ramón Ignacio Ripoll.