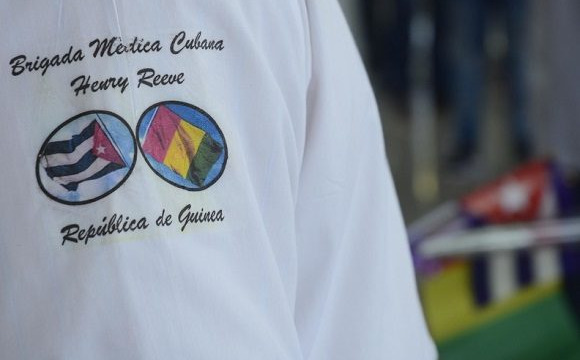 Havana, November 11 (RHC)-- More than 200 U.S. university professors wrote to the Nobel Peace Prize Committee to support Cuban doctors' nomination for that award in 2021, according to a press release.

A major international campaign is calling for the award to be given next year to the Henry Reeve International Brigade of Doctors Specialized in Disasters and Serious Epidemics Relief, created in the Caribbean nation in 2005 by the historical leader of the Cuban Revolution, Fidel Castro.

According to the U.S. Organizing Committee for the Nobel for Cuban Doctors and Nurses, the academics who wrote to the Committee to support this initiative work in fields ranging from sociology and political science to ethnic studies and law.

The letter signatories represent a broad spectrum of universities, from Ivy League schools such as Harvard, Yale, Brown, and Columbia, to state institutions such as Massachusetts, Maryland, and California.

The release pointed out that the Cuban medical brigade has already sent more than 50 teams to countries worldwide to treat people with Covid-19 and help prevent infection amid the pandemic.

"As of October of this year, more than 3,700 Cuban health professionals have participated in this effort.

Felix Kury, Professor Emeritus of San Francisco State University and
founder of the Martín-Baró Clinic, said that there is no better time than this to highlight the selfless work of the island's professionals fighting the coronavirus while risking their own lives. He maintained that for their altruistic and supportive work, they deserve the Nobel Peace Prize.

Adrienne Pine, director of the Inequality and Health Care program of the
American University said that she and her colleagues recognize the extraordinary example of the Cuban specialists' international solidarity.

The Caribbean country's professionals are saving lives around the world, including when Covid rates reach record levels here in the United States,
she said.

Humanity must follow their example and prioritize health over profits, added Pine, a member of the Organizing Committee of the United States for the Nobel for Cuban Doctors and Nurses Campaign.

That group stressed that, in addition to fighting Covid-19, the Henry Reeve Brigade had played an essential role after natural disasters occurred in nations such as Guatemala, Bolivia, Mexico, El Salvador, Pakistan, Indonesia, Chile, Ecuador, and Haiti.

It also recalled that among the most important missions of the brigade were the fight against Ebola in West Africa and the confrontation of cholera in Haiti.