Cuban President reiterates that although the number of Covid patients is decreasing, we should not be complacent 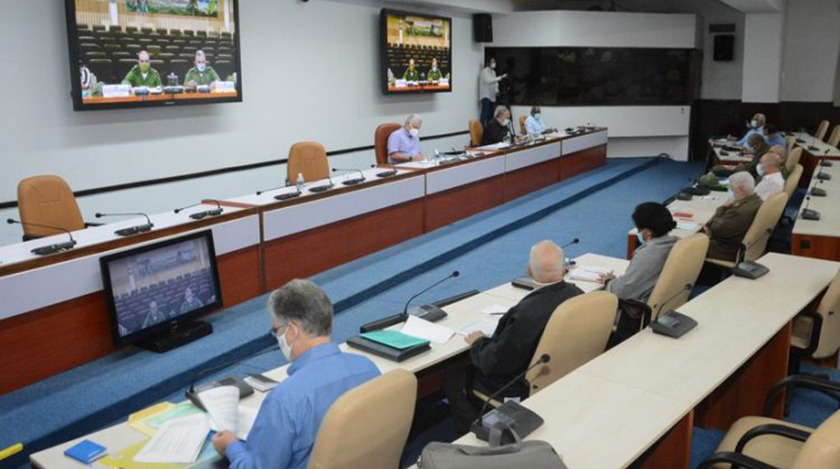 Havana, February 25 (RHC)--Cuban President Miguel Díaz-Canel Bermúdez made a call for the consolidation of results and not to trust the slight decrease in the number of COVID-19 patients reported on Wednesday -137 less than the previous day.

The President headed the temporary working group meeting for the prevention and control of the new coronavirus.

Prime Minister, Manuel Marrero Cruz, reflected during the event that "this is the time to step up the measures" in all areas, especially in the institutions, where it is necessary to take them to the extreme.

\After recognizing the decrease in the number of confirmed cases in Santiago de Cuba, Guantánamo, and Havana, provinces where the epidemiological situation is most problematic, Marrero Cruz emphasized the importance of not allowing the population to be confident in their daily actions.

With 395 new patients reported on Monday, the Cuban capital continues to be the territory with the highest levels of COVID-19 infections and a wide dispersion of contagion in its 15 municipalities.

Deputy Prime Minister Roberto Morales Ojeda explained that they are reviewing the treatment to be given in Havana to contacts who do not go to isolation centers to improve the protocols designed so that these people do not generate family or community transmission.

Public Health Minister José Angel Portal Miranda presented the main features that distinguish the current epidemiological situation of the country and, in particular, that of seven provinces: Pinar del Río, Camagüey, Granma, and Santiago de Cuba, where, according to him, positive cases increased compared to the previous day, as well as Artemisa, Havana and Mayabeque, where the figures decreased.

Amid this crucial moment of confronting the epidemic in Cuba, the call continues to be to maintain the perception of risk, an essential element to reduce the number of people who fall ill and the spread of the virus that currently manifests itself in the national territory.