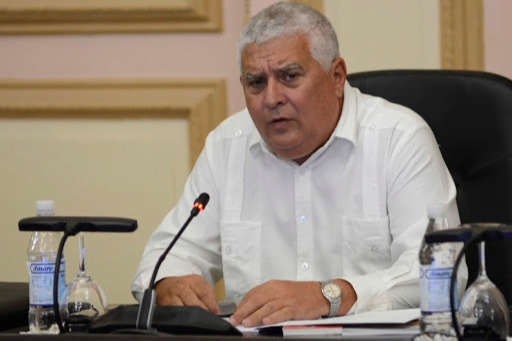 Havana, Jun 3 (RHC) The chairman of the National Assembly of People's Power's Constitutional and Legal Affairs Committee, José Luis Toledo Santander, says that the People's Supreme Court has presented to the Cuban Parliament the draft of the Criminal Procedure Law.

The draft is one of a set of regulations that, once approved,  according to Toledo, will allow "the beginning of a complex and broad process of judicial and procedural reform in the country."

In a meeting with the press, the lawmaker assured that the proposed legislation would introduce a whole group of innovations within the broad regime of guarantees that protect due process and effective judicial protection on the island.

They are adapted to the Cuban reality and prepared based on constitutional principles and guarantees to the population".

The presentation of the bill responds to the tenth Transitory Provision of the Magna Carta. Its drafters took into account the  Parliament's recommendations for a comprehensive study of the criminal justice system, among other aspects, and the Communist Party's Guidelines, which seek the improvement of the system in all its areas and structures, to consolidate legal security, the protection of citizens' rights, institutionality, social discipline, and internal order.

In line with international treaties, it prohibits subjecting citizens to forced disappearances, torture, cruel, inhuman, or degrading treatment and punishment and of depriving them of their liberty outside the cases and with the formalities established by law.

It also expressly states the respect for the dignity, physical, psychological, and moral integrity of the accused and the right not to be the victim of coercion or violence to force them to testify.

In the draft, the principle of the presumption of innocence is reinforced, and the prohibition for a person to be tried twice for the same act is included, as well as the inviolability of the home, correspondence, and other forms of communication.