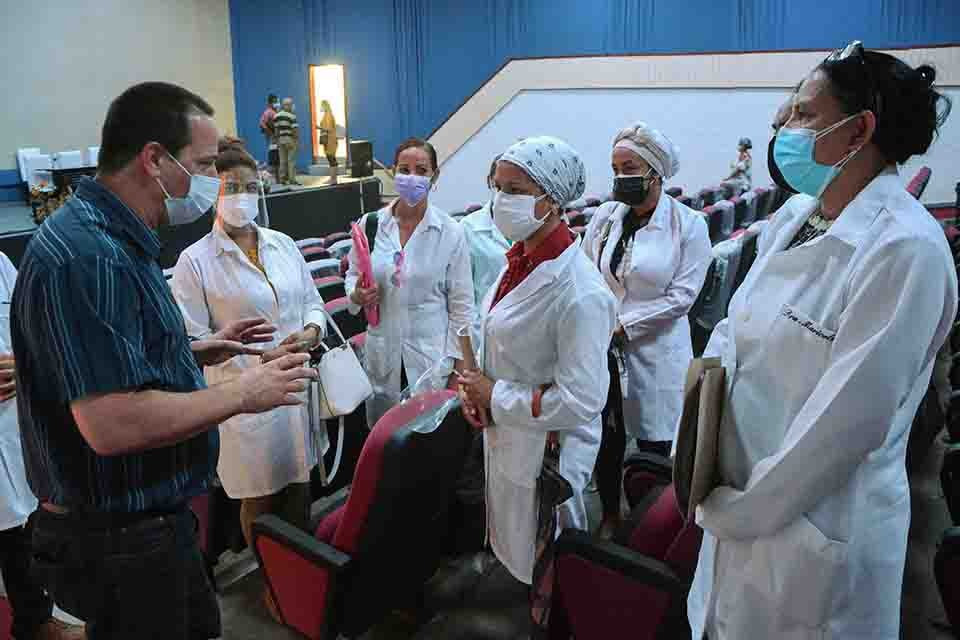 The Health Minister visited the municipalities Segundo Frente and Palma Soriano,
both with unfavorable indicators in the control of the disease

Santiago de Cuba, September 13 (RHC) José Ángel Portal Miranda, Minister of Public Health, examined the health situation in Santiago de Cuba province on Sunday, characterized by a high transmission of COVID-19 and the dispersion of dispersion the disease, despite the mobility restriction of the last month.

Accompanied by Deputy Prime Minister Ramiro Valdés Menéndez, the highest authorities of the territory and professionals of the sector, Portal visited the municipalities Segundo Frente and Palma Soriano, both with unfavorable indicators in the control of the disease.

He urged to revert the current scenario urgently. He pointed out the guidelines on which they should work with haste: reducing contagions and deaths because these aspects will allow measuring the effectiveness of the actions undertaken, which are still deficient there.

To achieve improvement in these indicators, early identification of people with symptoms suggestive of the pathology, their diagnosis, timely treatment, and immediate isolation of contacts to avoid long chains of intra- and extra-domiciliary transmission is vital, the minister explained.